Mar 7, 2020 @ 11:35am - undead
Hey everyone! Sorry for the loooong pause. We bumped into an unexpected struggle with new bosses and some of the new adjustments we have added to the game. But here we are now, with brand new update and a bunch of new things! Let's start with the biggest changes. 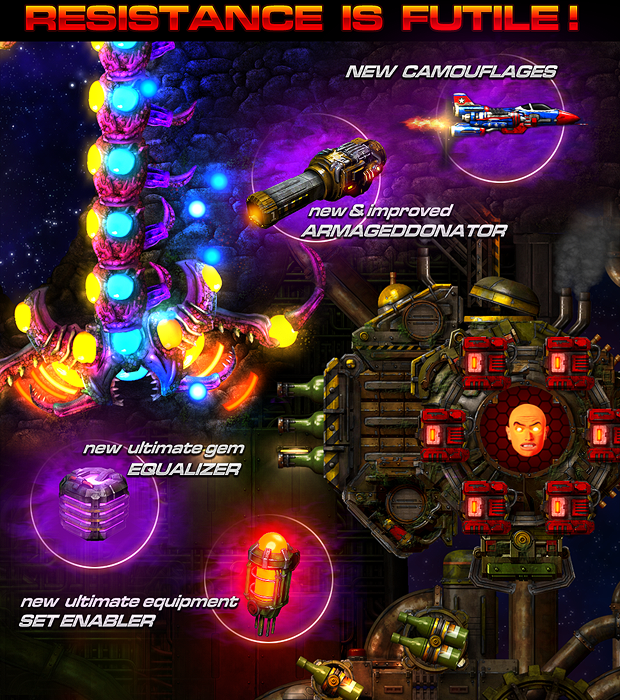 2 new bosses
We've added Beer Core machine in Beer level and Insectoid Queen. The plan was to have 3 bosses actually, but the last of the batch is still very much work in progress, so it has to wait for the next update.

Carnage TV is back + secret massacre level
If you want to increase your funds by masacring troops for carnage TV, you can now. We also added a new secret bonus level packed which is packed with enemy troops. Ideal battle ground to farm those Carnage TV bonuses.

Armagedonator
The ultimate device of destruction is back. Nuff said.

Equalizer
A new end game gem. It matches power of its weapon to the strongest weapon on the ship. Do you want your Daisycutter to kick as hard as Tesla gun? Now you can make it happen.

Set Enabler
A new end game equipment. It turns on set effects even if you have only one item of the set on board. To get this item you must win race level on difficulty 5 (insane) or higher

Leaderboards
We have new leaderboards separated for single and co-op play and for normal and hardcore game mode. 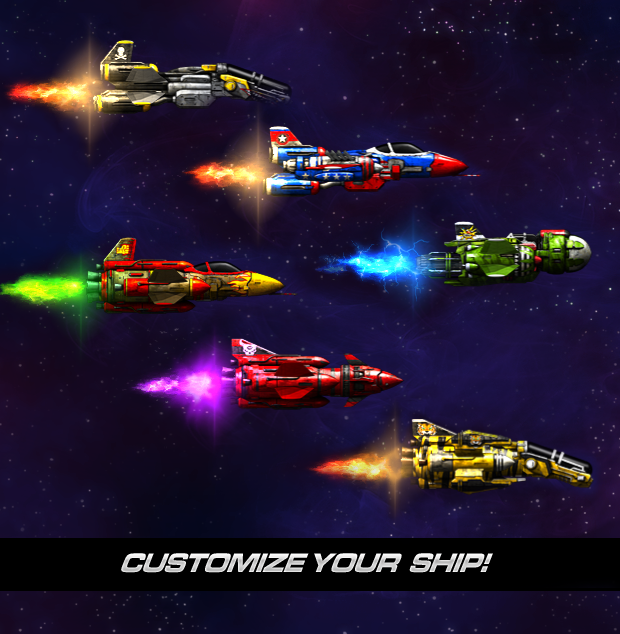 thanks for the update

For a minute I was confused that you're stealthy acquired a publisher :D
Keep it up, thanks for the update!
< >
Subscribe to RSS Feed
Share to your Steam activity feed