Nov 30, 2019 @ 10:23am - undead
Here we come with out-of-schedule update solely focused on difficulty! If there ever was a moment to start a new game profile from scratch, it is now. 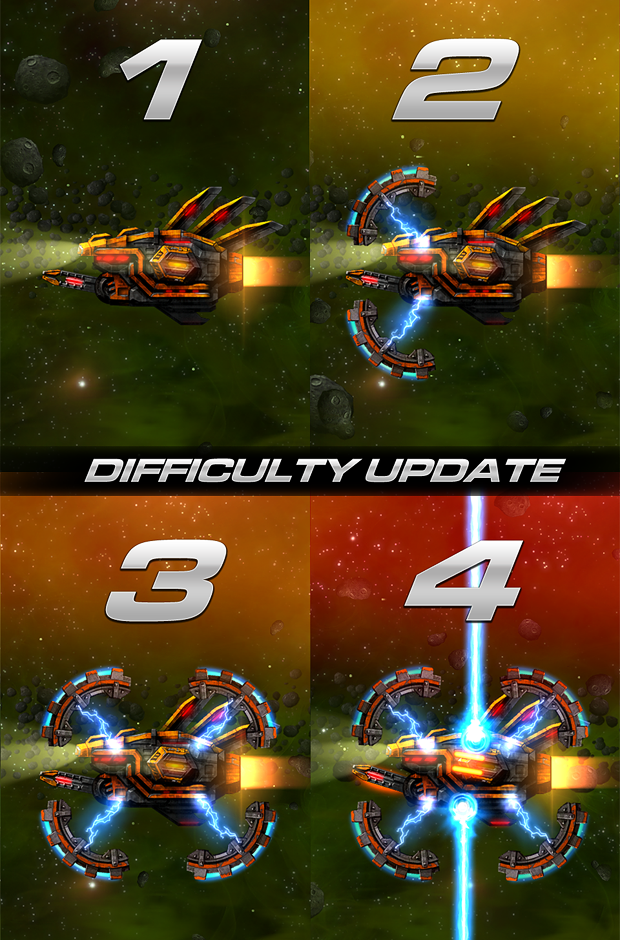 This update is a big experiment. We've added several new features to enemies and levels on higher difficulties, to add challenge beyond just higher toughness. Enemies shoot more, launch extra rockets, they have new appendages to block your shots or shoot beams at you, etc.

It needs extensive testing. We made a ton of small additions everywhere because of this (it is a major global change to the game), so bugs are very likely. It might make some sections even unplayable, if we went overboard with it. There's no chance for us to test it all in a reasonable time. So please let us know, what have ve broken.

BadDudesaBomBa Dec 26, 2019 @ 12:11pm
I think the difficulty in co-op is WAY too high. We're playing on normal and the starting weapons seem almost ineffective against medium/large enemies. I mean I get that that's why they're starting weapons, but we can't even upgrade them because we don't make enough cash, since you made it so that you can't earn more money from replaying missions if you don't beat your previous score. How are we supposed to beat the previous score if the weapons don't do enough damage?

Other than that I'm very satisfied with the way the development is going. Keep up the good work.

BlackjackGT Nov 30, 2019 @ 11:06pm
Like lots of other players i love visually what the game's trying to do, but the Difficulty Spikes just seem to be all over the place, like a jagged EKG chart.

Karmeck Nov 30, 2019 @ 1:20pm
Sounds grate. What's currently frustrating is in the beginning you struggle to survive. But the second toy get that electro gun and later the red laser gun, nothing can stop you. Until difficulty 11 then you can't kill anything and there is nothing stronger to buy. I hope some of this is addressed in this update.

Dean Demon Nov 30, 2019 @ 1:09pm
Thank god for some real challenge in gaming, not all of us were gaming in the last 5 years where even the hardest difficulty is still casual, thanks devs.

I want to have some real old-skool challege, instead of all these "kiddy friendly" SHMUPs with infinite continues and respawn points that flood Steam today.