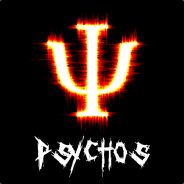 This group is mostly for anyone who has a link with Clan PsYcHoS whether you are current member or an ex-member or simply a friend of the clan or even if you've played a match opposing us.

PsYcHoS is an international online gaming clan which was founded in 2006. Originally, there was clan in Counter-Strike 1.3 many years ago however few years since the release of Half-Life 2 we've rebuilt clan from scratch. In it's nine years old history clan had many ups and downs but it prevailed, mostly thanks to it's iconic founder. Whole story can be found on our web page.
Leagues we play: ESL, ED and UNGL. We were also pretty active on Final Battleground until it was shut down in july 2010.
Search for more information on our website and forum.
Keep track of your friends and keep up to date with all the latest news in PsYcHoS!

Our web page url was recently changed so make sure you've updated it: www.psychos-gaming.na.rs

Since our Team Speak server is down for awhile (and it will probably stay that way) i have created Discord server: https://discord.gg/0yiPYuxMilzKFeAr
It's free, it's convenient, it's everything gamers wanted. Feel free to join!

Hello boys and girls, it has been awhile!

This week marks 10 years anniversary of PsYcHoS clan and 9 years anniversary of PsYcHoS community (note that steam community didn't even existed back then so dates are different). To be exact, Master of Puppets, Sickness and myself met about the end of july and clan was formed by the beginning of august 2006. It’s been so much time, can you believe?

Most of our core members were teenagers back then. From the start we were eager to gather weirdest, most insidious, craziest, twisted, skilled, psycho group of people together and to make something remarkable. In order to achieve it, we had strict rules about those guys we were going to recruit and everyone who wanted to join needed to make clan application on our forum[www.psychos-gaming.na.rs] which was supposed to be reviewed by the council of older, more beautiful and wiser. You can imagine what it looked like.

We’ve met some really nice people along the way and there were some fantastic players too, couple of them even became semi-pro and pro. We were having soooo much fun back then. During golden age of CS: Source we were playing in couple leagues simultaneously, UNGL[ungl.org] (formerly known as EUGL), Enemy Down[www.enemydown.co.uk],
Final Battleground[krookedgaming.com], even a bit in ESL which we never liked because we considered it as dire. Most of those leagues don’t even exist now days. Our dearest memories and best times along with some supreme achievements happened on FinalBattleground. Concept of that league linked with capable admin team and decent clans who were in top10 over there made awesome experience. We met most of our friends on FBG and it was all about fair play and enjoying our time since it wasn’t a huge challenge to play over there since most of those “clans” were actually communities who picked best players to play matches in a league.

Alongside this, we’ve ran a popular 40 man DM server with de_dust2_unlimited map in it’s glory days (2009-2011). Our admin team was ensuring everything is functioning flawlessly dealing mercilessly with cheaters and suspicious players. I cannot thank those people enough for their endless efforts in tireless fighting with hackers, trolling idiots, people with anger management problems and other. Experienced and skilled players who were spending a lot of time on server often applied to join admin team on our forum. Cheaters got reported or banned straight away depending of how obvious it was. You’re probably aware that having admin on server all the time is really important if you want to keep the game on high level and to ensure quality. Server had couple useful plugins and it there were some weapon limitations such as no auto sniper, AWP or granades which proved to be good decision since if you added only one of those it could well ruin the game. Bringing this restrictions allowed you to finally show off pure skill.

Our community grew strong with age but since that horrible update CS: Source had in june 2010. many have stopped playing it and ton of clans and communities slowly started to fall apart. You could say that whole CS: Source community started to dissipate at that point. Our members started playing other games such as DotA 2, Diablo 3, League of Legends, World of Warcraft and other popular games at that time and only few remained active leaving us with no choice but to proclaim clan as inactive. But although game has been through some changes so everything in life is changing and evolving with time. Key people stayed in clan and ensured that everything keeps running. When CS:GO was announced many hoped that finally CS1.6 and CS: Source communities would merge. This did happen, eventually. But for most of us it just wasn't such an experience comparing to enjoyment we had playing CS:S back in the days. Meanwhile we have made PsYcHoS Gaming group for our friends and friends of friends who are playing other games so we could stay in touch and spend some time together on team speak[http//ts3server] like we used to. For me, it was always great responsibility and a privilege as well to take care of everything and to keep people together. There have been some good and bad decisions with years but eventually I think that people who really loved PsYcHoS and how are we doing things are still here after all this time.

It has been awhile since we’ve made an announcement and i felt that it was needed to keep you updated with things that happened along the years. This is more like a retrospective of everything without going too much into details. Anyway, we’re still alive and kickin’ ass and we intend to keep doing it for a long long time

Until next time then, let me quote David Coverdale “be safe, be happy and don’t let anybody make you afraid!”

P.S. stay tuned for giveaways in group chat on steam and steamgifts website in upcoming weeks!