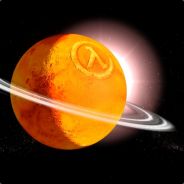 Welcome inhabitants. We hope you enjoy your stay while observing the basic rules for planetary conservation: "Shoot only players, take only names, and leave only bodies."

While you're here, why not browse through our interesting collection of moving targets fondly referred to as members. They've been conditioned to respond with deadly force when engaged in order to guarantee that you experience the full effects of antisocial behavior.

Thank you and watch your head when you exit.

As a new year (and in fact a new decade) dawns on us, we begin preparations for what we're sure will be a busy year. Valve has been unusually tight-lipped about Half-Life 2: Episode Three thus far with virtually no media and very little information being released on it throughout 2009, so we can only speculate what (if anything) we will hear of it this year.

Valve also surprised us with the announcement and subsequent release of Left 4 Dead 2, the fast-developed sequel that caused more than its share of controversy. Team Fortress 2 has also seen many new enhancements in its own right as well, now sporting many new features and class updates. So what else is there left for Valve to do? Who knows, but we'll definitely keep you updated as the year rolls on!

As for us at Planet Half-Life, we're planning on making 2010 a far more active year than this past. We're currently discussing the possibility of tournaments and contests involving prizes and goodies for you, our loyal readers. Who doesn't like video games and free stuff? We'll also continue to bring you the latest in mod and game news as well as it becomes available. Naturally we can't be everywhere at once, so if you happen to see something you feel news worthy, then send us an e-mail! Of course you can send in more than just news as well, we're always looking for suggestions on how we can improve as well as offering your help as well.

We may not know what's coming in 2010, but we're prepared for whatever the Half-Life universe has to offer us! Bring it on, 2010... Because remember, we only have two years to live after this!

It's been a long time coming, but the Kreedz Climbing team has released version 4.2 of their sports-climbing mod. The changelog is far too large to list here, but this latest release offers dozens of bug fixes, additional function changes and tweaks, several new maps, changes to old ones, and a sleuth of new features for server administrators as well.