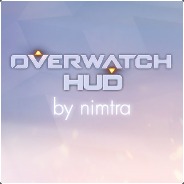 TF2 HUD based off of Overwatch.

Notes
If you encounter any bugs while using this hud, please report them in the TeamFortressTV thread. Commenting on my profile works too, but the first option is much preferred. Screenshots help too.

Currently I haven't edited the mann vs machine HUD elements. I plan on doing them at a later date.

Credits & changelog are in the GitHub repo readme.

Updated the HUD to look like Overwatch 2's newest HUD.

Changelog:
- Updated majority of HUD elements to Overwatch 2's styling
- OW2 Health + ammo button styles, fonts, colours, item effect meters, menus updated to OW2's styling
- Still working on other menus (find a game menu, revising loadout/backpack panel soon, etc)
- Fixed an issue with hudanimations causing the round end scoreboard not being displayed properly
- Fixed an issue with the Contracker being overlapped by the Resume Game button
- Fixed an issue with the Huntsman item effect meter (2 appearing)
- Fixed 2D player model not being aligned properly when disguised as Spy
- Fixed Razorback label item effect meter getting cut off
- Fixed payload/cp icons not being preloaded in the menu, resulting in them going back to default in sv_pure servers
- Vaccinator hud is still a little wonky but is a bit more aligned with the styling
- Rage/sapper meter fixed

Still not happy with the find a game menu and a few other things, which I'll update over time. Just thought I'd push this out so the people that still want something like this can use it.

Hi all, just a small update to fix some quality of life stuff that people reported to me / were broken for a while.