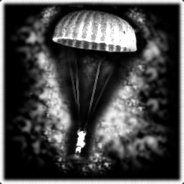 Steam group for developers, players, and fans of the Operation Market Garden persistency modification for Company of Heroes.

The OMG development team is excited to present 12 new doctrines, 20+ bug fixes, a new unit and a raft of balance and design changes.

Read all about it in the full patch notes here: https://docs.google.com/document/d/1MMbQgae0YQj-psj1UUQpy-gzfkvFBLH1OHY7qL5uCZs/edit

Come on over, build your company, and take to battle!
http://www.omgmod.net/frontpage.php

While you're at it, don't forget to join our Discord where you can chat to other players, arrange matches, and most importantly, coordinate in-game!
https://discord.gg/FASM5Vv

Patch Notes: Q1, March 1st 2020
Welcome to Q1’s patch of 2020. Turning over into a new decade, OMG mod is refocusing on several ideas, below are new clarification documents that help illustrate OMG mod’s current progress direction.
First, we want to update the mod on who exactly are the current development members and what it is everyone is currently working on. Here is a link to the full Development Team Roles Document.
Second, we want to perfect our map pool as much as possible while our world class map editor Gorkstar is still willing to provide for us his hardwork and dedication. Here is a link to the New Maps and Edits Initiative.
Third, OMG mod isn the wild west, and we want to portray that with a meaningful list of rules and guidelines of player etiquette. These rules are always subject to change, but as of now they are the official governing text for player expected behavior and consequences for severe issues. Here is a link to the new Rules and Etiquette Document. Think something is missing from this document? Please let UK or Robieman know.
Fourth, OMG mod needs funding. We have a lot of development excitement in the pipeline, we want to pour time in to build up the mod, not let it die. There is ofcourse a feedback loop on development and community engagement. The more community involvement, the more development, which spurs more community involvement and so on. However, the opposite is also true, which often leads to our well known
“OMG mod seasons”. Let's try to fix this. In the future OMG plans on pursuing new possible player recruitment routes that may or may not cost us money, not to mention the server costs that Razor picks up the tab on ever so silently. So while we figure out the specifics of our future plans to help recruit new players and jump start the development feedback loop, please consider donating to the patreon. We are now offering incentives: For $7.50 American a player will receive 2 additional war companies. For $10, the player will additionally receive reward units for all of his companies. More details can be found at the Patreon page linked here.
Fifth, last, and probably not least: OMG mod understands that for some players these community initiatives, balance changes, new maps, and new recruitment drives can make up for the fact that playing the game is occasionally just demoralizing and oppressive. What players want most out of the mod is to improve their own gameplay and stop getting stomped in games they don understand what they did wrong. Many of the best players of the mod have thus signed up to help anyone who wants it in the new OMG Mod Mentor Program. Click the link and join up.

- Map Master Directory Changes-
New Edits:
Schijndel: A few uncrushable hedges were made crushable.
St Lambert: A second and for a likely long time final edit to Lambert. The map has been widened out and decluttered.
Point Du Hoc: This omg classic has been given a little love, decluttered and widened out slightly. This map is going up for the New Maps and Edits Initiative first.
Hill 400: Gork’s pet project for replacing Ardennes Valley, the Sneaky Slav might just pull it off with a couple dozen more tweaks. Fixed a few critical errors with the map, likely more to come.
Amfreville: Widened out the map, cleared up the middle region and particularly the train. Resectored as well.
Airfield Assault: Difficult to decipher shot blockers and non shotblocker assets have been touched up for clarity.
OMG Abbeville: This bad boy is clean shaven, new clothing, shiny white teeth, and a couple of new tattoos as well. Nothing like what his mother did to him last month (EIR Abbeville).
Somewhere in Normandy (6/8p): widened out, resectored, and hench. A must play and likely soon to be classic.

New Additions to the List:
The Scheldt: No it's not literally the Vcoh Scheldt, although it could probably do with a name change. This map is first on this list for the New Maps and Edits Initiative. Play it, we need the feedback.
Berlin 1945: This one was just recently dusted off from an old harddrive, expect a lot of work down the pipeline.
Villers Bocage: Another dusted off map as well. Just understand we intending to work with these maps for a bit while they transition their way back into the mod.
- Balance -
Blue refers to a doctrine ability.
General Changes:
All utility offmaps may only be purchased once. Utility offmaps now provide unlimited uses but on a much longer cooldown.
● Inspired assault: 6min/85Mu
● Blitzkrieg: 8min/150Mu
● For the Fatherland: 10min/150mu
● Radio disruption: 5min/100Mu
● Proper Encryption: 10min/80
● PE SE “Scorched Earth” 5min/80mu
● Luftwaffe and British Boys AT Rifles reliability and useability have been addressed in following:
● Increased range but decreased accuracy at maximum range level
● Increased accuracy and damage against most infantry
● Increased damage against PE vehicles
● Decreased non penetrating shots damage Spawn Buff:
● Extended Duration of damage immunity from 6 to 7.5 seconds on Infantry.
● Extended Duration of heavy crush from 6 to 7.5 seconds on vehicles. ● Added 0 received accuracy
● All AT guns can no longer capture territory.


Wehrmacht- Blitzkrieg Doctrine:
Bug fix: Stormtrooper squad leader now receives same ambush bonus as other squad members
75mm Half Track removed from game
● Panzer Officer now has “can see for miles” ability when garrisoned in a tank and can cap territory.
Tiger up to 1 resupply/battle.
● Stormtroopers price from 330mp → 300mp

Website:
Bug fix: Purchasing fuel upgrade which meant that the company would lose 125 MP 45 MU instead of the correct value of 90 MP and 30MU
Added the ability to refund resource bonuses
● New links at the top of the briefing room to always display the latest update notes, patreon and etiquette documents.
Manpower resource bonus from 500MP → 450MP