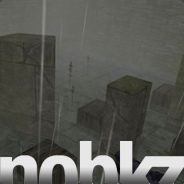 I knew this message would come eventually...
After more than ten years, our servers are shutting down. In the past, the servers were always well visited - many memories are connected to them and a lot of work was put into them. That was also the reason why I could not get rid of the servers for so long. But now the time has come to end all this: I haven't had the motivation to continue with this project for quite some time, and it just costs me money. Additionally, the servers have not been well populated for a long time - times have changed. As nice as the time was - it ends now.

About 1300 cheaters were banned since the creation of the servers (some were certainly not caught...). We owe a lot to FAME in this regard. Although he sadly passed away tragically about a year ago, his anticheat plugin is still doing its job.

All nobkz.de servers will be offline after May 13th, 2020. (The website and stats will remain online for quite some time.)


Thanks to all players who got lost on the servers and diligently set records!

Thanks especially to all who have directly supported this project over the years - I hope I haven't forgotten anyone:

I wish all still active players a lot of fun with jumping - it was an honour for me! ;)

We moved to a new Provider.

All Servers should come back online soon (you may have add them to your favourites again). (With some Changes - We removed two servers and combined slide + speed again)

Moss Nov 8, 2019 @ 10:56pm
Hello, I have a question for you, why I've got ban? My nick in game is Moss, I saw yesterday the reason od cheating, but I can't understand this. i Play this game 3 or less times on week gor relax, and this surprise me. I don't now when i got this ban, I yesterday first time saw it and I try to register on your page but I really can't. Please give me answer.