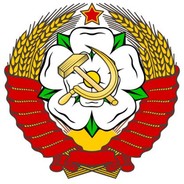 Duke of York duel server is not dead yet!

It doesnt metter, if you played WOTR years, or just for a while. We were one family and now, we want our dueling server back! WOTR is dead, so, we have to take other game- and this game is Mordhau!

SO, we are going to make DoY-Mordhau duel server in Mordhau for everybody, who played WOTR with us!

Hello guys, If you play Mordhau, I have a good new for you! London tournament map is in a progress, It will be done hopefully soon. Please, join discord for more info. Also, you can give us a feedback, if you like.

Read More
Rebirth of DoY in Mordhau! (02.06 2019/10:00)
June 1, 2019 - Hein Vonderweid | 0 Comments
A date the WotR community never forgets
On 11 March 2017 the duel server Duke of York (DoY) disappeared from the server list of WotR and subsequently our beloved game itself came to an end in the following days after the shutdown.

Initially, noone could believe in an end of a server which seemingly couldn't have been beaten.
Hasn't DoY under the lead of Stalweidism lost a single war?
Duke of York was here for 714 days and there hadn't been one day where DoY was offline. Why should end such a glorious era of duell server history on its very peak?

Still, on 11. 3. 2017 everything ended and DoY went into darkness for the first time in its history.

Even though DoY went offline, we keep our promise that DoY will be here as long WotR exists. Although our beloved game is dead, don't we all have memories of our golden days playing in an arena with our friends - and just having a good time?
As long as we have those great memories, WotR isn't really dead – it still continues to exist in our hearts.

Our ideals, maxims and goals
Originally, DoY was created in a period where you could smell the scent of change in the air; it was a time where ideas of revolution and and ideals of freedom were spread amongst the community in order to fight the cruel tyrants of the infamous WB duel server, Josif Stalin and PoE.

Right now DoY is being forged again by this very energy of change and desire to find a new home for the community. You can clearly see a bright future ahead of us – but for this future we need to reunite, the whole WotR community as one:

Thats why I am calling you! I am invoking you all! I am speaking not only to old DoY veterans, but also to all WotR players! We all loved WotR! Yes, we really did. It was our beloved game... and when WotR died, it was a black day for all of us.
Now, I am telling you, we can get this wonderful experience back: Memories of unique friendships, nerve-wrecking clan wars, exciting tournaments and community events; literally everything you can wish for!

Again, hand in hand we shall walk into a golden future
So, to sum it up, we are hosting a new Duke of York duel server... this time in Mordhau! I know, it is not WotR, but does it really matter?

The rules are the same as in DoY, owners are the same (Hein Vonderweid and Josif Stalin), admins are the same (Dracco, Polaris and so on), everything is just the same! And the last thing that has to be the same is naturally YOU: The people, the community. The very same community which made our duell server the best one in WotR history. Without you, it wouldn't have been possible!

So, if you would like to see DoY again, if you want to play with the same people as years before, if you want to feel and see WotR friendship, WotR clan wars, clan tournaments, an active communtiy which will be involved in our political system, visit and start to play on our new Duke of York duel server in Mordhau!

Postal Dude Oct 10, 2020 @ 4:05pm
To the admin who had wronged him. Give him another chance. Have a heart. All men are brothers till the day they die. Brothers forgive not hate.

Postal Dude Oct 10, 2020 @ 3:59pm
Julius'es computer was glitching when an admin was talking to him. He was banned because he wasn't ''listening''. Also too because he mistakenly posted a discord link in chat when he was just trying to give someone his username for said discord. He couldn't defend himself because nobody bothered to listen to him and never gave him the chance. All he wanted to do was rp and it was taken away from him. All because somebody didn't listen to him and didn't have the mental capacity to be open minded.