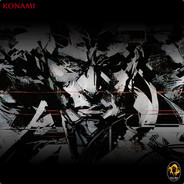 “Boss... you were right. It's not about changing the world. It's about doing our best to leave the world... the way it is. It's about respecting the will of others, and believing in your own.”
― Big Boss, Metal Gear Solid 4: Guns of the Patriots

Community for the Metal Gear franchise. Feel free to discuss any topic Metal Gear related. We are the Metal Gear Solid Fan Club or MGSFC for short! We are the largest MGS community on Steam and Discord. We are also the official /r/MetalGearSolid Discord server and member of KCODE.[www.twitch.tv] CQC that join button if you are a MGS fan.

Metal Gear (Japanese: メタルギア Hepburn: Metaru Gia) is a series of action-adventure stealth video games, created by Hideo Kojima and developed and published by Konami. The first game, Metal Gear, was released in 1987 for the MSX2. The player takes control of a special forces operative Solid Snake who is assigned to find the titular superweapon "Metal Gear", a bipedal walking tank with the ability to launch nuclear weapons. Several sequels have been released for multiple consoles after requests from Konami to produce new Metal Gear games. The sequels expand the original game's plot adding new characters opposing and supporting Snake, while there have also been a few prequels exploring the origins of the Metal Gear and recurring characters. Various parts were inspired by Hollywood films with character's names, settings and artworks often referencing them.

Well there is not a lot of news to share about the Metal Gear saga so to make the group free from FOXDIE, I decided to share a guide of the best MGSV guides by category that you can find on Steam. It can help new players but also it can be for the veterans of the saga. I've also recently come up with a new MGSV guide for the extended soundtrack.
https://steamcommunity.com/sharedfiles/filedetails/?id=2270561362
https://steamcommunity.com/sharedfiles/filedetails/?id=2269658864

Feel free to share in the comments your personal favorite moments and favorite songs in MGSV.

The ratings come from the Taiwan Digital Game Rating Committee (via Gematsu), which lists the original Metal Gear that first released on the MSX back in 1987, along with Metal Gear Solid and Metal Gear Solid 2: Substance for PC.

Outside of Metal Gear Solid, it also has a PC rating for the Konami Collector's Series: Castlevania and Contra. The collection, which first released on PC back in 2002, includes Castlevania, Castlevania 2: Simon's Quest, and Castlevania 3: Dracula's Curse, along with Contra and Super C.

Also if you still play MGSV: TPP and want to learn new things, be sure to check this guide (feel free to share your own tips):
https://steamcommunity.com/sharedfiles/filedetails/?id=530056251

Looking for friends to chat or game with.

I am a musician who writes music, check out my music on steam videos or profile link.