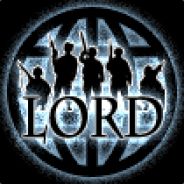 The Lord Clan is a gaming clan with a ranking structure based around the ranking structure of the United States Marine Corps. Our members are good friends and help each other out ingame and outside of games. Lords work together to better each member to their full potential in whatever they want to accomplish. Our history is a long one, and we have played many games including BF2, BF2142, Freelancer, and more!. Today Lord members play the games Battlestar Galactica Online, Star Trek Online, and Neverwinter. We try all the time to find new challenges and have fun with our brothers in the clan.

It's been very very quiet around here, so it's time to bring some action back! A small group of Lords (Jani, Deathspeed, Oman and Salthy, and soon me hopefully :P) have been playing World of Warships together for some time now and have found it to be enjoyable, with the potential for recruitment.

As of now, World of Warships is an Official Lord Game, and will be the only one due to the activity/size of the clan in this present point. This doesn't mean that you have to stop playing other games (we are a gaming clan after all!) it just means that you can only get awards/promotions/other nice stuff for playing this game. At this point in time, the game isn't on Steam however you can add it as a non-Steam game and launch it through Steam.

It'll take a few days to update everything in the forums and elsewhere as a lot of things are out of date. However, hopefully this is the start of a bit of a revival :)

See you out on the water!

Title says it all; check out details here: http://lord.forumotion.com/t1444-promotion-demotion-awards-discharge-ceremony-hall#23555