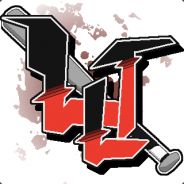 Pickled
View Profile View Posts
Aug 29, 2014 @ 2:19pm
Tournament Information
How do I find a tournament?
We will post an announcement for every upcoming tourney at least a day before the Tournament starts with links to the Challonge Sign-up page and the Challonge Check-in/Bracket page.


What if I don't want to make a Challonge account?
For those people who don't want to make a Challonge account the Tournament Organizers will be in the Steam Group chat adding them in manually during the check-in time.
If you plan to be added this way show up early, if you show up 5 minutes before check-in closes there is a good chance you won't be added.


I signed-up for the Tournament but I realized I can't make it, what do I do?
All you have to do is unregister yourself from the Tourney. To do this go to the Tournaments Challonge page and click on the blue button "Go to your settings" near the top of the page, then on the next page click the red button labeled "Unregister". Now you are removed from the Tournament.

IMPORTANT:
How do I join group chat?
To join the chat you can either go to our Steam Group overview page and there is a "Enter chat room" button over near the top right side. You can also join the chat by going to your Steam Friends List then click the "GROUPS" tab, find Lethal League tourneys, click the little down arrow and then go to "Join group chat room".

IMPORTANT:
How do I report a match?
The match LOSER reports the results of a match in the Lethal League Tourneys Steam Group chat or in a PM to one of the Tournament Organizers; the proper way to report a match is as follows:

With 2-1 being the score of the matches, always try and put the winning number first as in 2-1 not 1-2. Also note that you don't type your own name that's just showing what the message would look like in chat, what you send is just [Report] WinnerName 2-1.

If registered on Challonge, the loser may also enter the score directly. To do so click on the question mark next to you or your opponents name in the bracket for your finished match (or click on the button up at the top of the Challonge bracket page that says “Report Your Scores”). Depending on how the it is set up for that particular Tournament you will either need to enter a 1 on a players side for a won set, or enter the number sets won next to each players name for the final match score, after that you must select the overall winner and click “Submit Scores”. The Tournament Organizer may disable this function if problems arise.

RULES:
We will try to be as fair as possible with the rules; everything is just in place to help make the tournament the best experience it can be for everyone involved.

Since these are online Tournaments we can't exactly enforce every rule, therefore it's up to the players to make sure their matches are played properly according to the rules.

Host: Defaults to top seed in the bracket, if there are connection problems you may try to let the other player host, or if no one cares it is up to the player’s discretion.

Mode: FFA or TDM (Use TDM if you want to avoid black skin on City Streets)

Stage: Random (Gentlemen’s Agreements allowed) [Opt-in Stage Selection, look below for rules and infomation on this]

First Match:
All Other Matches:

Stage Short Forms:
To get everyone on the same track I'll list the proper names of stages and a short form that they go by
These are the most common short forms but not all of them, personally I would use a numbering system as in 1 = Industrial, 2 = Pool and so on, but that might be too confusing for some people.

Below is an image that will come in handy when doing stage striking
Stage List Image: http://i.imgur.com/3czilLM.png

Example:
Here's a simple example of how a stage strike would go in private chat between two people, BadShot and YinYin, in this case BadShot is host and the match is a best of 3

Even doing this example I had a little trouble with the actual stage striking as it's not that easy to do in your head, use the image up above to help remember stages. Maybe we can make something better down the line to make it even easier but for now try to keep a list handy somewhere (or use the image) and someway of tracking whats been banned to make it easier on yourself and your opponent.
This type of stage selection only happens when ONE of the players playing chooses to do so, you can still choose to pick a random stage if neither player wants to do stage striking, but if one player wants to do so then you have to go through with stage selection. Also gentlemen's agreements are still allowed for stage selection.

Host: Defaults to top seed in the bracket, if there are connection problems you may try to let another player host, or if no one cares it is up to the player’s discretion.

Stage: Random (Gentlemen’s Agreements allowed), [Opt-in Stage Selection, look above for rules and infomation on this]

Host: Defaults to top seed in the bracket, if there are connection problems you may try to let another player host, or if no one cares it is up to the player’s discretion.

GAME ISSUES:
STREAMING:
If you can stream and it doesn’t affect your matches with extra lag feel free to do so. We encourage streaming as it lets even more people enjoy the tournament. But please don’t have your Steam Name as twitch.tv/namehere. If people are looking for Streams we will link them to http://www.twitch.tv/directory/game/Lethal%20League. It would also be helpful to put [LLTourneys] at the start of your stream title to help identify that you are currently competing. Hopefully Lethal League will get a spectator mode in the future so that we will always be able to stream top 4 or maybe even top 8.

PLAYER CONDUCT:
If you choose not to follow the Player Conduct you will be warned, and if you continue to do so afterwards you will be kicked from chat and if there is a Tournament going on at the time that you are participating in you will also be DQed. If you constantly refuse to conduct yourself in a proper manner you will be banned from chat and from participating in Tournaments. We will try to be fair when issuing kicks/bans and will only resort to them if the situation can't be resolved otherwise.

kuko
View Profile View Posts
Aug 29, 2014 @ 4:09pm
Will there be a tournament next saturday? Or sometimes after the 4th of september?I would really like to sign up with my friend, so could it be 2v2 Team mode? I would play the hell out of a tourney like that! Also,post your tourney thing on reptile forums.
#1

Pickled
View Profile View Posts
Aug 29, 2014 @ 4:41pm
We are working on getting interest, we will have tourneys of modes 1v1. ffa and team modes, we are still groqing thogh, but this should grow quite fast being one of the only tourney communities for this game!
#2

Doctohedron
View Profile View Posts
Sep 3, 2014 @ 4:18pm
For team deathmatch, do we get to pick our team mate?
Additionally, do the different modes take place at the same time? Will we be able to do both 1v1 and 2v2?

Originally posted by Trunk Muffins:
For team deathmatch, do we get to pick our team mate?
Additionally, do the different modes take place at the same time? Will we be able to do both 1v1 and 2v2?

No, different modes are on seperate days as it's hard for people to get brackets in the caht with many touenys going on, and in 2v2, when you signup you will either say that you would like to be placed witha teammate or that you already have a teammate and you post the nme of that player.

Justin, add me for more questions!
#4

Doobinn
View Profile View Posts
Sep 6, 2014 @ 12:01am
What are we supposed to do about lag. If someone has a really bad connection, the game becomes virtually unplayable, and no longer based on skill. I don't know about this first tournament, but I think if the playerbase is big enough, we should have US tournaments and EU tournaments to avoid lag issues.
#8

kuko
View Profile View Posts
Sep 21, 2014 @ 12:43pm
Hello. I would love to participate in some 2v2 tournament. I mean, there was 5 1v1 tournaments already and another coming up on 28th. I really think it's time for another gamemode to be introduced

YinYin
View Profile View Posts
Jul 3, 2015 @ 10:16am
Updated the game issues section in favour of tournament progression to reflect how I have already handled the recent tournaments I hosted myself and to not rely on random decisions for Jaw Breakers 2015.
#11
< >
Showing 1-11 of 11 comments
Per page: 1530 50
All Discussions > General Discussions > Topic Details
Date Posted: Aug 29, 2014 @ 2:19pm
Posts: 11
Start a New Discussion