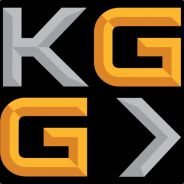 Hello KGG, it is I your friendly gaming-club Steam Moderator Richard ("Davey")!

As many of you already know, Rocket League is a game. What you may not know is that it is a game many within the club have been playing lately, myself and four of our five executives included. Better still, the game costs less than $25 in Steam and can occasionally be found cheaper from third-party retailers such as GOG, Green Man Gaming, and the Humble Store.

Any and all who own the game and would like to play with other KGG members/know when we're playing can get in touch with Dominic Juan to be added to the KGG Rocket League chat on Facebook (assuming you have not done so already) to know when people are/will be online, how to play with us, and if necessary how to play the game.

For everyone who does not own the game, multiple means exist to watch and learn about the game including spectating members of our own Gaming Guild whether or not you own it as well. First, club treasurer and Rocket League enthusiast Liam Tyrrel occasionally streams on Twitch as Xanniron and posts on Facebook when he does so. Second and in many ways more interesting, there is a feature in Steam allowing everyone who is friends with another user to watch them play any game so long as they have the feature enabled. While I cannot speak for other players, I will have this feature enabled at least whenever I am playing Rocket League (possibly at other times as well) and I encourage all who are interested to watch, learn, and maybe have a few laughs at my expense.

To spectate, simply select "Watch Game" from the drop down menu next to my name in the Steam friends list--and possibly from similar through the members page of this group, though I cannot confirm it will be present for anyone I have not added as a friend.

And of course, Happy Halloween!

Feedalee Sep 1, 2021 @ 5:02am
Is any member here even active nowadays? I have wanted to recently join some clubs at KPU but I have also wanted COVID to be gone/stable so everything's back on campus like normal. This is the first thing I've stumbled upon from home so I might as well ask around.