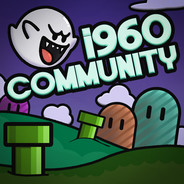 Please support W.tf, which is hosted by Vadographer and Other Ironic Elements!

Thank you for supporting us for all of these years.

As mentioned a couple of times before, the official i960 servers will be going offline very soon. That being said, I wanted to take a little time to say some words!

First, island and I gave our permission to Other Ironic Elements , and Vado to host the i960 maps (MK2, MK3, and MK4), so please support them when their server(s) go up! I've also decided to transfer ownership of our Discord to them as well, to make things a bit easier.

Secondly, to keep this short, I wanted to say thank you, again, to all of you who have been a part of building our wonderful community. None of this would have been possible without the support of so many people. Thank you to my fantastic Admins for volunteering your time and keeping our servers fun and crazy. Thank you to Xenon (for creating the OG, THE Mario_Kart Map), i960(for our edited maps), and those that have helped in creating assets for the map(s), as well as custom plug-ins for both servers! Most of all, thank you to our players, for making this past decade an integral part of the Team Fortress 2 Community. Island and I couldn't have ever asked for a better community to be a part of.

I will be on the servers a bit later tonight to celebrate. (Probably around 10:30PM~EST)

Much love and Happy New Year!

(This has also been posted to the Discord[discord.com])

I just wanted to let you all know that MK4's Halloween Event map is live, and will be running until Friday, the 5th of November, 2021.

As mentioned previously, island and I have been talking a little bit more - and would like to let you all know that we've just decided on a closing date for the servers, which will be Saturday, the 1st of January, 2022.
I want to apologize for bringing such bittersweet news, especially during the best time for TF2.

I hope that everyone has fun.

Critt Romney May 3 @ 8:23pm
Sadly it seems im a lil late to the news. Got back on after a few months break and no sign of the server in my favorites. I'll always fondly look back on friendly spycrabs, noscope snipers, enforcer spies, impermeable sentry nests in the sky, trimping demoknights, and so so much more. Like alot of us, I grew up playing this server and there was just something so wonderful about the pure fuckery that was always going on. Huge thanks to Ziiny, other admins and donators, and especially to all the friends made along the way.

ワンダークラウン Apr 13 @ 7:35pm
F, I'll never forget the plentiful amount of stories I would tell on this server and the many friends I made along the way.

Thanks for the memories folks!

Petflix and Chill Apr 10 @ 6:39pm
I'll never forget that I and Radioactive04 started to beat the living hell out of Sharon, together. I capture that moment and uploaded it to youtube. the best time of my life. God bless you, God bless all of you, and god bless Ziiny for receiving me some gifts.

Nick Senpai Feb 1 @ 6:03pm
The sad end to my first ever home that was i960. The memories I’ve had on these servers were the best ever. Even without island and Zinny running it, they left it in good hands. The legacy of the servers will live on in the new w.tf. If I return someday, I hope it’ll give me the same joy as the old Mario Kart servers once had.
< >
VIEW ALL (528)
GROUP MEMBERS