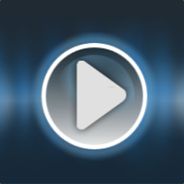 Sk@nkw0n
View Profile View Posts
Mar 12, 2014 @ 8:13am
Fix for lag spikes over WiFi
I've been tearing my hair out for the last few weeks, trying to sort out the regular lag spikes that were making IHS unusable for me over WiFi. Finally sorted the problem after testing out numerous conditions and possible fixes.

I've found that IHS works better for me on the Ubuntu partition, rather that the Win7 one on the client.

These lag spikes were occuring roughly once per minute, and would pretty much freeze up the screen for 2-4 seconds, making most games unplayable.

In Ubuntu - I finally cured the spikes by disabling the default NetworkManager (then removing it), and instead installed WICD. I'll admit I'm no LINUX expert and it took some fiddling with the command line, but was able to search the internet to get helpful guidance here :-

I can now continue testing IHS for my optimal stream settings!

As for the Win7 partition, I'll admit I've not fixed the problem there yet, BUT .. I have read that lag spikes in Windows are likely to be caused by one of the Windows services, and that they can be cured by stopping the service or by editing the registry, or sometimes disabling IPv6.

I think the problem was being caused by the WLAN card constantly searching for new access points every minute, wether in Ubuntu or Windows.

Just thought I'd post in case anyone else is experiencing simialr issues over WiFi, I'd post in more detail but I'm rushing to get to work soon, if anyone needs any more info, I'll try and dig up all the links from my search history and post up exactly what I found... and there's a lot of search history there! ;)

[edit 22/4/15] - Read below, for a better solution than this, thanks all who have contributed.

Sarvatt
View Profile View Posts
Mar 12, 2014 @ 6:12pm
Thanks, that actually worked. To make it easier, you can add this PPA and not need to switch away from network-manager to use that crappy wicd, I added a patch to make network-manager not scan in the background if you're connected to an AP already to give the same benefit here. https://launchpad.net/~sarvatt/+archive/taramar
#1

Sk@nkw0n
View Profile View Posts
Mar 13, 2014 @ 2:25am
Excellent, glad it's helped you out, and even better that you found an alternative solution. At work right now, but I'll look into your method later Sarvatt.
#2

MC Mjolnir
View Profile View Posts
Apr 6, 2014 @ 4:29pm
This looks interesting, I had assumed it was just a hardware problem. A bit late in the day to test this now, but subscribed.

wehde
View Profile View Posts
Apr 23, 2014 @ 7:46pm
I dont know if i can thank you enough!!!!!! I've spent forever looking into this problem... upgrading ubuntu to 14.04... upgrading firmware for my 802.11ac wifi card... installing bumblebee on my laptop for nvidia optimus... different routers and different cards... but this is the stupid simple fix i overlooked. Thanks!!!
#4

Sk@nkw0n
View Profile View Posts
Apr 25, 2014 @ 5:38am
Cool, glad it's helped you both. Since first post and a few Steam updates, the problem disapearred in Windows, I've also since upgraded to Ubuntu 14.04, but as it was an upgrade my settings where all still in place, so I had no idea if this problem was still relevant. It seems it is!
#6

Originally posted by Sarvatt:
Thanks, that actually worked. To make it easier, you can add this PPA and not need to switch away from network-manager to use that crappy wicd, I added a patch to make network-manager not scan in the background if you're connected to an AP already to give the same benefit here. https://launchpad.net/~sarvatt/+archive/taramar

Can I get some help trying to install this PPA? I have no idea which one to install on the software center. (that is where I get it, right? I'm kind of new to Ubuntu)
Last edited by The Man Who Sucked Too Much; Feb 7, 2015 @ 6:02pm
#7

Sk@nkw0n
View Profile View Posts
Feb 8, 2015 @ 5:17am
I never got around to trying Sarvatts method, and I suspect Sarvatts Ubuntu expertise to be far greater than mine! Therefore I can only offer help using my original method.

The Man Who Sucked Too Much - Are you currently experiencing these spikes? If so, try searching the Software Centre for WICD, and try connecting to IHS using that as a Network Manager (after first disabling default Network Manager).

I'll boot up Ubuntu laptop later hopefully, and I'll have a crack at IHS Win7 --> Ubuntu again tonight, because TBH Win7 --> Win7 has been working well enough for me since IHS came out of beta.

Jayme
View Profile View Posts
Apr 20, 2015 @ 10:37am
Just stumbled upon this thread but was not willing to switch to a different network manage and I did not want to completely disable the "scanning in background" because that would prevent roaming to different APs to work correctly... long story short:

To work around this with Network Manager you can enter (or select) the BSSID (e.g. hardware address) of your AP in your network settings. With that set the network manager will no longer try to find a better (e.g. stroger) AP for your network and that will stop the spikes.

jptagman
View Profile View Posts
May 5, 2015 @ 6:48am
so basically if you get lag spikes REAL BAD ONES, please restart your laptop(the client that receives the video steaming feed) and it should work perfectly. Thats how my mac laptop behaves. just thought i would share
#13

Blacksilver65
View Profile View Posts
Aug 25, 2015 @ 8:03pm
Static BSSID worked for me too. Go no Network under your System Settings. Click the little arrow next to the network you are connected to and where it says BSSID, hit the drop down menu and select your APs hardware address. You can find it using the command listed above from Jayme. Just wanted to add some more clarification.
#15
< >
Showing 1-15 of 21 comments
Per page: 1530 50
All Discussions > General Discussion > Topic Details
Date Posted: Mar 12, 2014 @ 8:13am
Posts: 21
Start a New Discussion