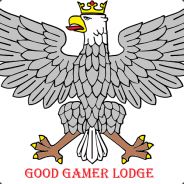 Welcome to the Good Gamer Lodge!

Some people in this group met each other through an older TTT Gmod server that was closed when the host went out of busisness, so most of the people here have Garry's Mod.

First, I'd like to thank everyone who came to the new darkrp server's grand opening yesterday! We made a lot of improvements thanks to your help! Here are some of the new features and improvements made since yesterday.

1. You can now rob the mayor's funds! Raid the PD and steal all the mayor's money from the back room!

2. Server voting NPC. Need more money? Talk to the vote NPC in spawn and vote for the server on a few different websites! You get $500 per site you vote on.

3. More jobs have been added to the city worker job. Be sure to try him out if you haven't already!

4. Restricted some props and tools that made it easy for players to grief.

5. The sneaky terrorist now has to buy SLAMs instead of spawning with them.

6. Slightly lowered the ammount of NPCs on the street so it doesn't get as crowded.


That's not all though! I'm working on more improvements to the server as we speak! Want to check out all the changes? Join and see for yourself!

Hey all! Just wanted to let everyone know that I am reviving this group once again for a new DarkRP server. I've bought some addons for it, so you KNOW it'll be arround for a while! It's still verry much a work in progress, but if you want to join the ip is 206.221.190.190:27090

Don't forget to add it to your favorites!