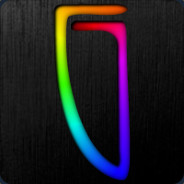 STEAM GROUP
Games You Absolutely Must Have GYAMH
Join Group

Welcome To Games You Absolutely Must Have "GYAMH"

ᗯᕼO ᗯᕮ ᗩᖇᕮ
Games You Absolutely Must Have "GYAMH" is a curator group on Steam which hosts Game Reviews, Game Giveaways, and other various forms of Gamertainment!

"We only recommend games that will keep you entertained time and time again, never games that will just sit there and not get played"
We're a great group for new gamers and veterans alike!
We help new gamers by sifting through the endless sea of games to help find what games they should consider playing and/or investing into. We help our veteran gamers by finding the games that they may not know ever existed or that they should maybe look into a little more. That's right, just because you're not a noob, doesn't mean you're not a noob in anything :P

ᗩᗯᕮSOᗰᕮ GIᐯᕮᗩᗯᗩYS
We have several giveaways throughout the year, however if you'd like to join our best and biggest giveaway of the year, you'll need to wait until December 1st when we have our "Holiday Game Giveaway"! Free Games, Gamertainment, and Giftcards, whats not to love?

Also check out the Announcements and Discussion Boards for more giveaways and other fun stuff.

TOᑭ ᑎOTᑕᕼ ᖇᕮᐯIᕮᗯS
Our Gamertainers produce only the best, unbiased gamertainment they possibly can. We do not get compensation (like some other outfits) for our reviews, so rest assured that our reviews are straight forward and to the point.

Want to see what we've had to say and/or follow our group? Click here on the Curator Tab and find out more.

We believe in our freedom of speech, the liberty for all, and the fundamental right to pursue happiness. This is why we've converted everything over to more free and open platforms like dlive, gab and others.
You can follow my streams or other things I do here Cr4zYcH1cK3nB0Y[dlive.tv]

Would you like to become a Gamertainer as well? Simply leave a reply on "This Post Here" and one of our admins will get in touch with you as soon as they can.

If you're a developer who would like to contact us so that we may provide an honest and unbiased review for you, or you would like for us to host a giveaway in your name, you can send us an email here
GYAMHREVIEWS@protonmail.com
ᑕOᗰᕮ ᕼᗩᑎG ᗯITᕼ ᑌS
≡Dlive[https//https]Gab[gab.com]Discord[discord.gg]Website[www.gamesyouabsolutelymusthave.com]≡
Hope to see you there!
Discord[discord.gg]
Gab[gab.com]
Official Website[www.gamesyouabsolutelymusthave.com]
VIEW ALL
POPULAR DISCUSSIONS
VIEW ALL (438)
RECENT ANNOUNCEMENTS
Send A Warm Welcome To Our Newest Gamertainer!
May 13 - Cr4zYcH1cK3nB0Y | 3 Comments
Welcome To The Team!
ValkyLee has been a friend of mine for some time now. Well, I spoke with her the other day and asked if she would like to be a Gamertainer for Games You Absolutely Must Have (GYAMH) and she accepted our invitation.

Everyone please give ValkyLee a warm welcome to Games You Absolutely Must Have. She creates reviews on games that she has played a lot of, and many of them that I would personally play and recommend myself, so you may want to check them out sometime.

Want To Become A Part Of The Team?
We're still looking to fill many spots in the group. We don't just accept anybody in though. We look at many different things when considering a Gamertainer like the quality of the reviews written, proper grammar usage, and what type of games that you like to recommend.

If you feel that you'd like to give it a shot, post a message on the discussion boards here ---> https://steamcommunity.com/groups/gamesyouabsolutelymusthave/discussions/0/541907867772674710/ and we'll have a chat

We have several positions that need filled, however we're mostly looking for Gamertainers at this moment to create reviews / recommendations for the group. You may check out the post above to see what else we may have available that may fit your style better.

Thanks For Being A Part Of Games You Absolutely Must Have!
Thanks to everyone who is a part of this wonderful group. We're looking to grow the group exponentially and eventually be the cornerstone curator group on Steam that people come to in order to find the best games available on Steam.

Thanks again for being a part of GYAMH! We couldn't be here without you!

Read More
Hope Everyone Is Doing Good!
May 9 - Cr4zYcH1cK3nB0Y | 0 Comments

I know it's been a while since we've posted anything. A lot of things have been going on in the real world, and that's understandable.

Hope everyone is doing well and most importantly, doing what you want to do.

F2P4U - A group dedicated to finding the best F2P games on Steam and recommending them to others. F2P4U Steam Group

The idea behind F2P4U is to recommend games to people who want to play the best free to play games available within Steam, but also for those who may not be able to afford to have many video games and are seeking other free options. What are your favorite F2P games?

The way VR Vitality started is by seeing how dynamic VR can actually be and finding several VR titles that are actually fun to play. There are many game titles out there with VR modes now and several more to be released in the future. VR Vitality has already recommended some of these VR games, but the group could use someone who likes to play a lot of VR games, to take on lead role and put VR Vitality on the map.

If you play a lot of free to play games and/or Virtual Reality games and would like to make recommendations in one or both groups, simply leave a comment below, or on the discussion boards.

If you write or do video reviews, all the better, we'd like to see your style of reviewing.

This will only be to recommend games, there is no expectations otherwise.

If you feel like it may be something that you'd like to do, we look forward to hearing from you.

Coffee Jan 12 @ 7:33am
Looking for friends. I don't talk barely in chat (often busy), BUT I do comment on profiles and am pretty active in the activity feed. Feel free to send an invite if you wish :)

Plants vs. Zombies: Game of the Year