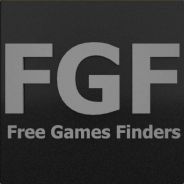 Big Fish is a Seattle based gaming company. They are the dominant publisher of Hidden Object and other casual games although their almost billion dollar acquisition by Aristocrat Leisure in 2018 seemed largely based on their on-line gambling assets.

- What are these codes?

Each code can be used to claim any game from the Big Fish store.[www.bigfishgames.com] This includes new releases and collector's editions. Don't ask where the codes come from, just use them.

If you do not practice proper net security discipline, you might accidentally sign yourself up for their game club membership and start an unwanted monthly billing. Follow the procedure given below.

1 - Add the game you want to your cart on the Big Fish website[www.bigfishgames.com]
2 - Deselect the "Big Fish Game Club Free Trial" box from the checkout page
3 - Enter the code and confirm that your total order now costs 0.00 Monies
4 - Place your order

You do NOT have to enter any billing information or connect to a PayPal account to use these codes. Also, note that there is an check box on your "account" page that you can tic to stop the game club trial from being added to your cart every time.

- What's the deal with the Big Fish Launcher?

You have to use the Big Fish Launcher software to download and install your games. You do not need it to run the games once they have been installed and "activated" (it does this automatically).

When you install a game, it will add two icons to your desktop. The first is a link back to their website. Throw this one out immediately. The second is a shortcut to a batch file that starts the game and the launcher. Use properties on this shortcut to identify the install folder. Open that folder, find the game's executable file, and create a desktop shortcut directly to it. Now, throw out the shortcut they made for you.

- How often do these codes appear and how long do they last?

It's not clear. For a while we were getting two a week, now it's one every couple of weeks. Each code is usually good until the next one comes out. You should probably use them within a week of their release.

UPDATE (March 2021): It looks like the codes are now only valid for a very limited time (~8 hours). This is not long enough to justify announcing them any more. Please keep posting them to the main thread and if you want to use them, keep on your toes and act fast when you see one.

UPDATE (April 2021): Did I say ~8 hours? Well, it's now down to under an hour from when they first appear in the wild (usually on Reddit or Steamgifts). They're now basically flash giveaways. If you hear of a new code, please post it quickly to give as much of a chance as you can to the people who might want it.

- Which games are good?

That depends on your taste. They have just about every Hidden Object game known to man, tons of solitaire, mahjong, match-3, and popper games and even a few classic adventure games like Syberia and the Frogwares Sherlock Holmes series. You can search by genre and popularity in their store or dig back a bit in the DISCUSSIONS
thread for suggestions from other group members.

- Are these Steam games?