Jul 30 @ 3:44am - FireFlyNick
https://www.youtube.com/watch?v=U5qxWHtRquA
Earlier this week we released our latest update for Stronghold: Warlords, alongside the reveal of our next content roadmap! Now available on Steam, Version 1.5 introduced a host of bug fixes and general improvements requested by players, while the reveal of our summer and autumn roadmap details our planned updates over the next few months: 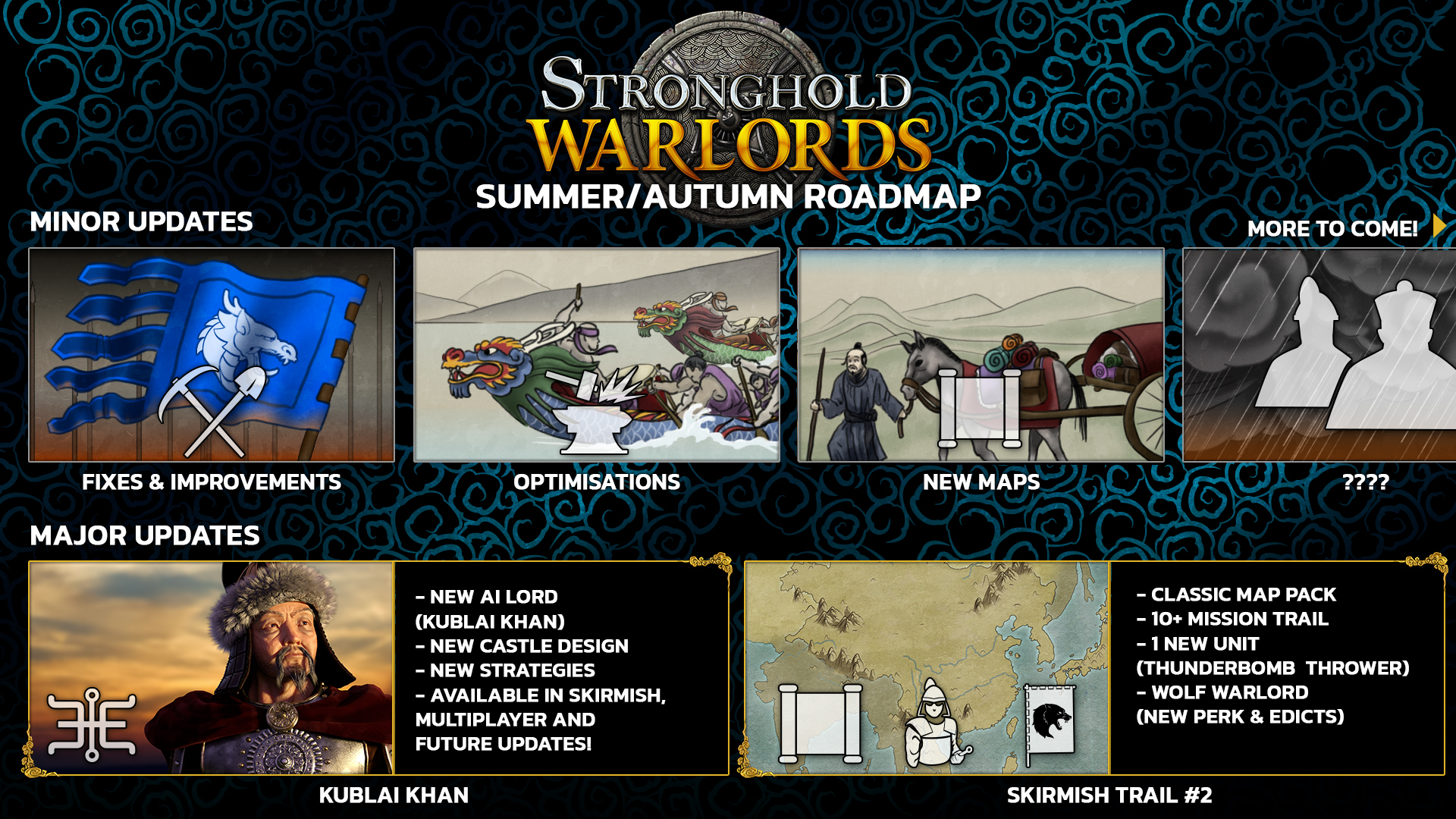 Having now completed our Spring/Summer content roadmap, which added many requested features and improvements to the core Warlords experience, it's time to move onto our second phase of post-launch development. Our initial content plan addressed feedback received at launch, which was tracked and discussed internally before the roadmap reveal. This included frequent requests for new AI opponents, which led to the addition of Sun Tzu, but also changes to AI behaviour and other fixes and improvements that needed attention post launch. We built on this soon after with other pre-planned features, such as the addition of Free Build AI Invasions, our first Skirmish Trail, new warlords, the Samurai Lancer unit and more. 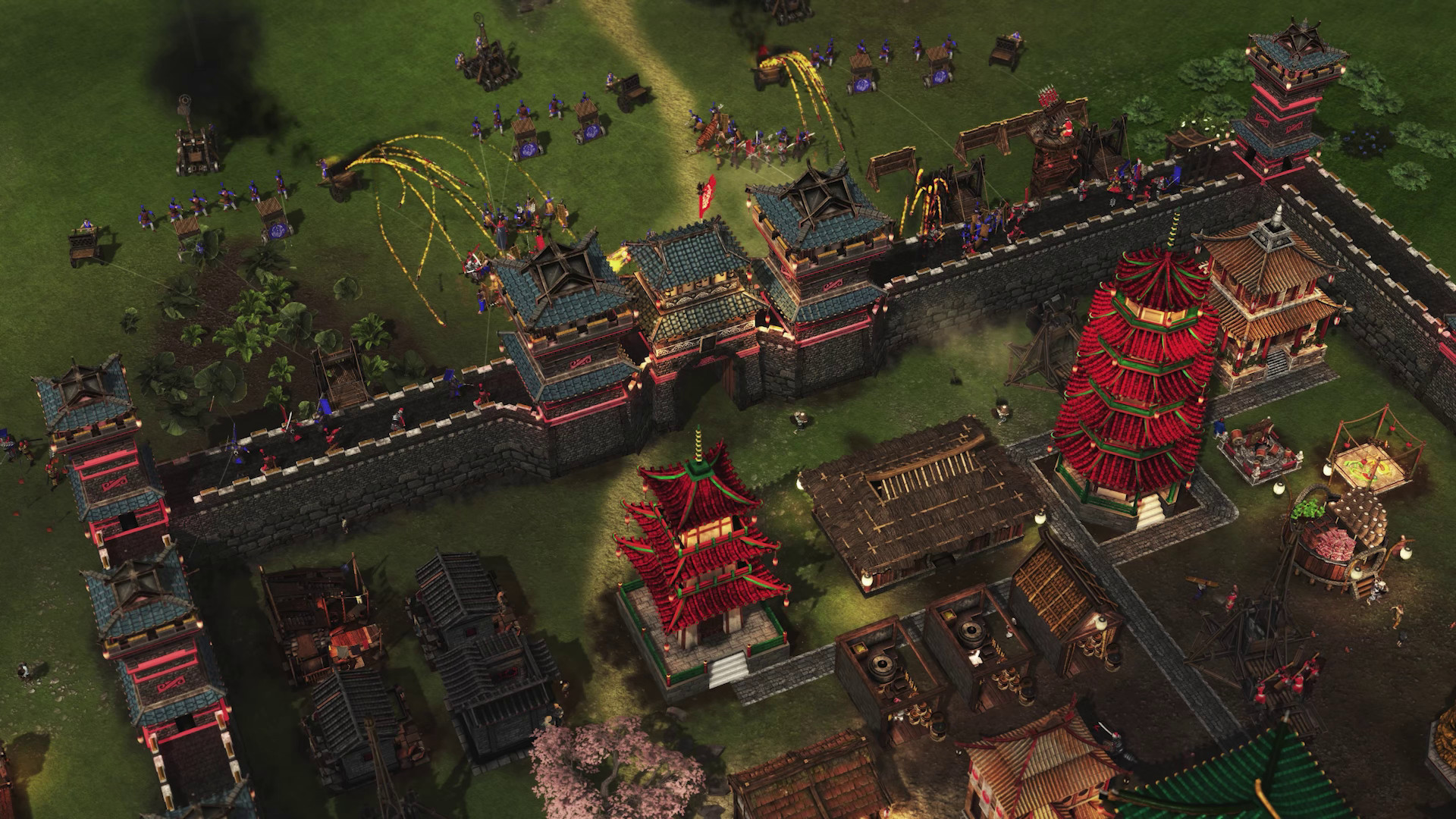 As we progress to our second planned phase of content we decided to kick this off with a general fixes and improvements update, sticking largely to bug fixes while also looking at other tweaks that could be made in the time available to us after launching v1.4. Now that this update is out in the wild, we can turn our focus back to new content, one of the most common requests from players, along with continuing work on optimisations. We'll continue to grow the AI roster with the addition of Kublai Khan, while also adding new maps, a second skirmish trail, the new Wolf warlord, Thunderbomb Thrower unit, a classic Stronghold map pack and other unannounced additions! 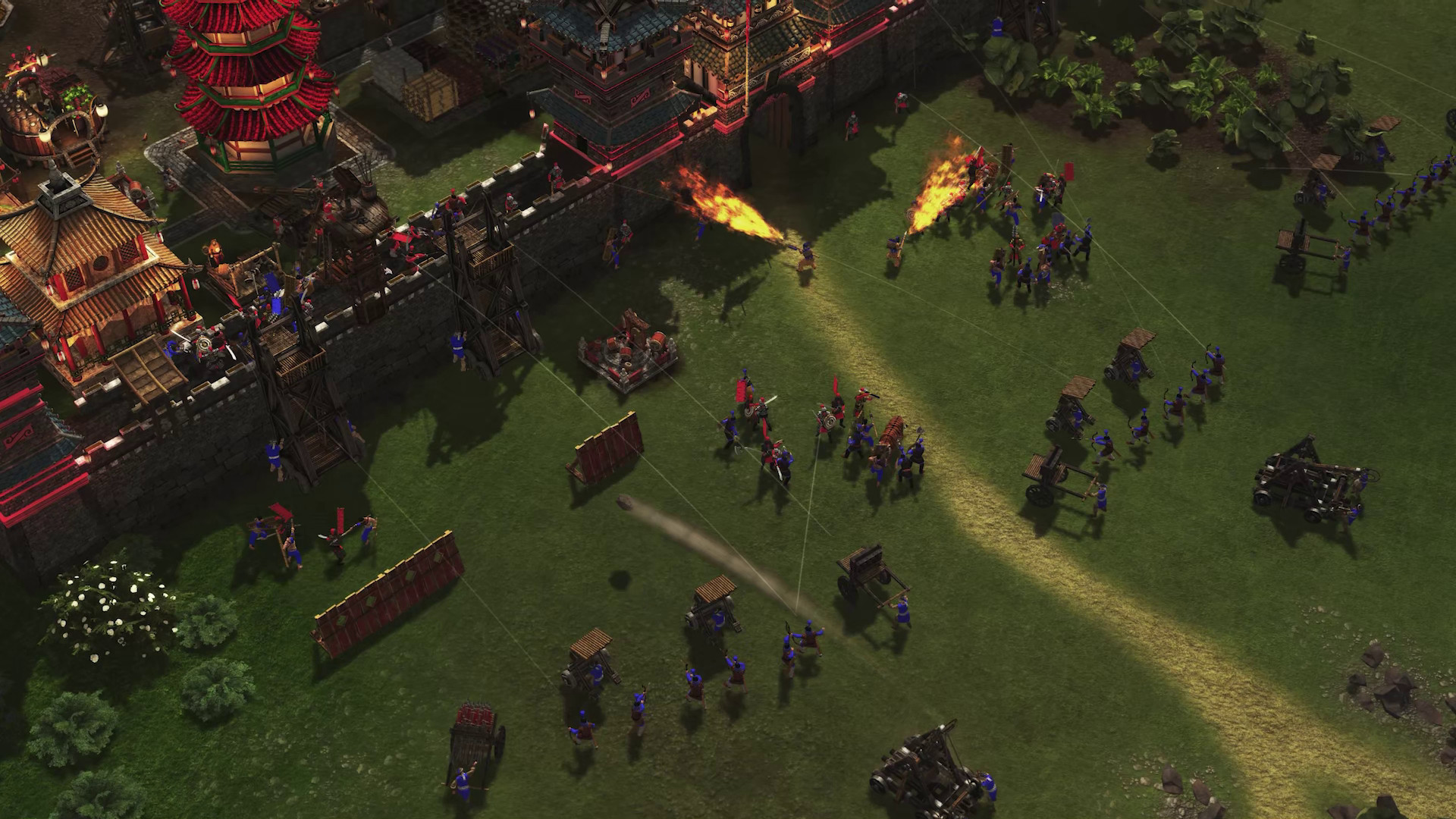 We hope this next stage of content for Stronghold: Warlords sounds exciting and brings the game more in line with your hopes for it post-release. As a studio we'll continue to build out the game with extra features, while also introducing requested tweaks and polish expected of such a long running and beloved series. Everyone at the studio would like to thank you for your continued interest in and passion for Stronghold, which we'll continue to improve in both Warlords and future titles.