As promised, Sunless Skies: Sovereign Edition is now available on PC and consoles!

This is the game’s debut on PlayStation, Xbox and Switch, with many completely new features, fixes, and improvements. And if you already own Sunless Skies here on Steam, you can play it now as a free update!

There are many, many changes, but here are a few highlights:

There are literally hundreds of other improvements, bug fixes, and optimisations – you can read the full change log if you’re curious! And of course it includes everything we’ve added since the original launch in the Wayfarer, Vagabond, Horn, Hoarder and Urchin updates.

We’d like to take the opportunity to thank our excellent porting partners, BlitWorks, for doing such a fine job with the ports. And whether this will be your first visit, or a triumphant return, we warmly welcome you to the High Wilderness!
Read More
Sunless Skies: Sovereign Edition now has a release date!
April 28 - Adam | 4 Comments

We’re glad to announce that Sunless Skies: Sovereign Edition will be released very soon, on Wednesday 19th May. This will be the first version of Sunless Skies we release on consoles, and will also be a free major update for everyone here on Steam!

This is a greatly enhanced edition of Sunless Skies, containing all additions and improvements we’ve made to the game since launch as well as many more completely new ones. Here's a link to the trailer!

For the Sovereign Edition, we’ve reworked and extended the starvation mechanics. Captains will now find a range of increasingly dubious gastronomic options available to them as desperation grows.

We’ve improved character progression, with a new interface, a greater range of facets to define your past, and even a way for experienced captains to continue improving their capabilities after reaching the level cap. 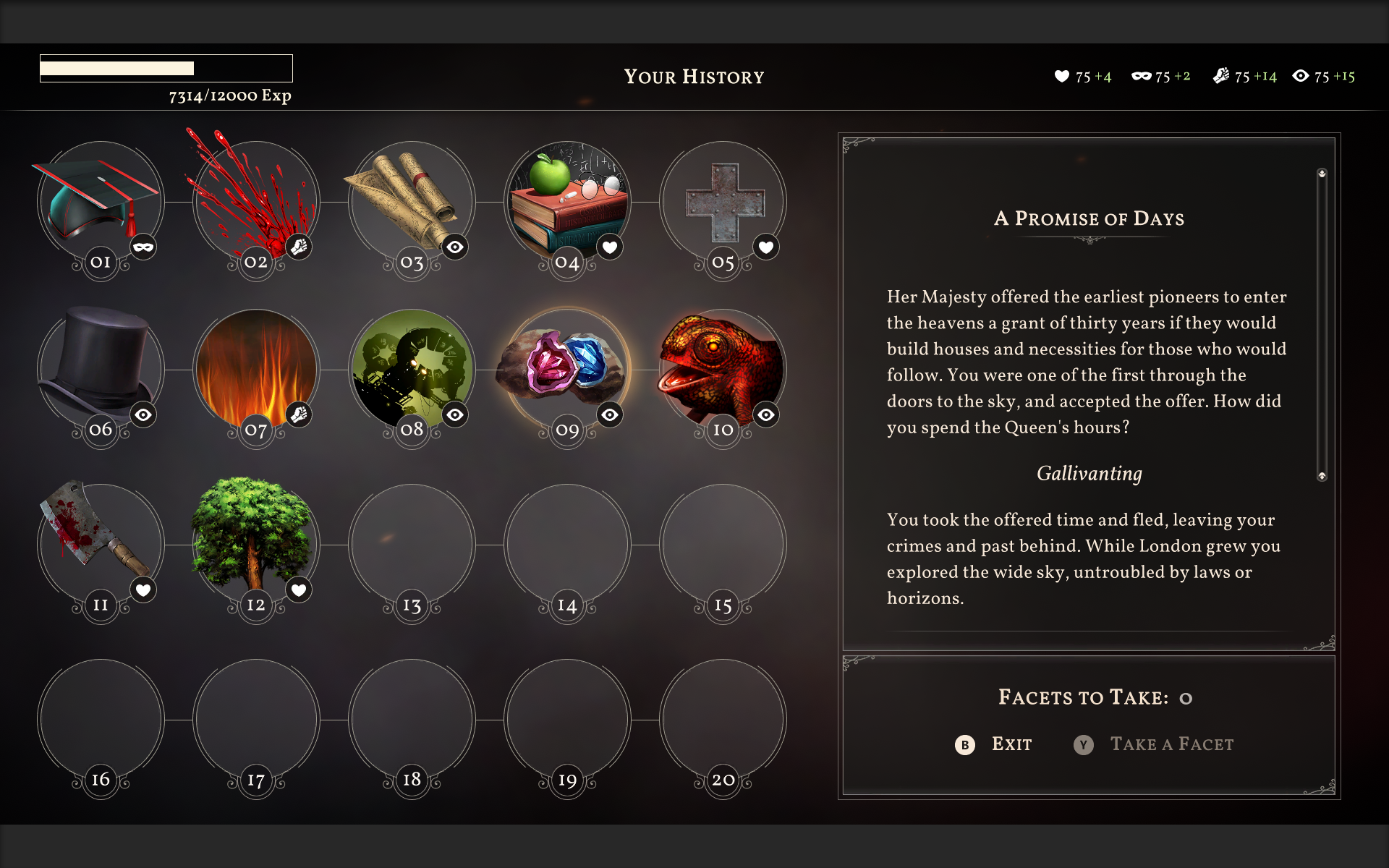 There are also new trading opportunities to exploit, an exotic engine for your locomotive, better performance, greatly improved gamepad support, and literally hundreds of fixes and small improvements. If you’d like to know more, we’ve included a more detailed list below.

This ultimately took longer than we’d hoped, partly due to the considerable scope and partly because it turned out to be pretty difficult to achieve the level of performance optimisations we wanted. But all is now well, and we’re very glad to be able to share it with you.

We think this will be by far the best version of the game for new players, and we hope the new features and many quality of life improvements will make it exciting for the veteran captains among you, too.

A Note about Save Files and Gamepads for Returning Captains
Because the Sovereign Edition includes so many changes, there will be a couple of significant oddities if you play it with a very old save file.

Specifically, if you haven’t used your save file since we released the Wayfarer update in 2019, the chart will forget which areas you’ve uncovered, and you’ll begin play near New Winchester, wherever you were before. Everything else will work fine, so you won’t lose any progress with stories. If you want to avoid this, you can just briefly load up your save in a current version of Sunless Skies before 19th May when we release the Sovereign Edition.

Finally, the Sovereign Edition includes a much better default experience for gamepads, but it unfortunately doesn’t support rebinding for them. We anticipate that there will now be much less need for most players to rebind the controls, but we know that some players may have specific accessibility needs. There is some third party software that should still make it possible to rebind the controls in this case – if you need some support with this, please do get in touch with us and we’ll do our best to help.

Feature List
For the curious, this is a slightly more detailed list of new features and changes in the Sovereign Edition – we'll share a more detailed changelog at the time of release!

you were supposed to be a good indie studio, not fall into the EA pitfalls.