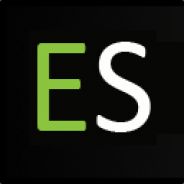 For people who love the Enhanced Steam browser extension

This group is for people who use the Enhanced Steam extension for Google Chrome or the addon for Mozilla Firefox. The group is managed by jshackles, the author of Enhanced Steam.

Any spam or self promotion in this group will result in a permanent ban.

Enhanced Steam has been updated to it's final version 10.0. This is the "slimmed down" release that no longer uses the Enhanced Steam API server, and includes the following bug fixes:

This update is available for Google Chrome and Mozilla Firefox. Chrome users should see the extension update itself automatically within the next 60 minutes. Firefox users will update on their browser's regular update schedule.

My friends at IsThereAnyDeal.com are making a fork of Enhanced Steam and are continuing future development. I've looked over their fork's refactored code as well as their server APIs and everything looks good. I'm happy that a group I know to be passionate about Steam is taking over the reigns on this project. You can find their work at https://es.isthereanydeal.com.

The API servers will be shut down in the next few days as everyone's extensions finish updating to this version.

Finally, I want to say "Thank You" to everyone that's supported Enhanced Steam over the years - everything from contributing to the project financially, or by contributing code, submitting bug reports, or just by helping out with advertising by word of mouth - THANK YOU.
Read More
Enhanced Steam 9.9 Released
July 29, 2018 - jshackles | 32 Comments

Enhanced Steam has been updated to version 9.9. This release includes the following new features and bug fixes:

This update is available for Google Chrome and Mozilla Firefox. Chrome users should see the extension update itself automatically within the next 60 minutes. Firefox users will update on their browser's regular update schedule.

This will be the final "full" release of Enhanced Steam, you can read more about that here. Thank you again everyone for your support over the past nearly 6 years.
Read More
view all < >
532 Comments