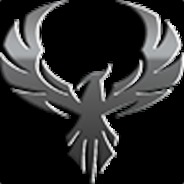 A group of gamers that live on fun, and hanging out.

Visit us at our website[thednclan.net]

We have various games, but some cannot be listed on our account for some reason:

It is my unfortunate pleasure to announce that our hosts had a "spectacular" equipment failure causing a power surge to hit our dedicated box.

This surge has killed everything that was attached to our server and we have had to completely rebuild from scratch.

Currently we are working on the Halo servers. We are about half way through them as of this post.

Both President and Vice President are working diligently to get all of our servers back up and running on a new box with better specs and the ability to have more drives than before.

Once we have all the servers up and running, I plan to create multiple backups of all the servers, two on the box itself one on a backups drive and a second on a mirrored volume once we have more drives installed in the week and a backup on my own in home servers along with another on a 1TB external hard drive that I have set aside for this purpose. I am planning to get a bigger one, perhaps a 2 or 3TB for backing up our dedicated box, but for the time being, 1TB will be OK. I shall look at expanding that in due time.

We are not "dead", we are just temporarily partially online while we rebuild our servers.