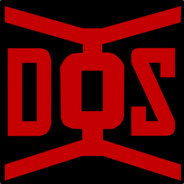 1. Members are reccommended to have a Steam account, and login to Teamspeak when online with a microphone(Required).The age requirement for the clan is 17 years unless waived by vote of Officers and Senior Ncos'.

3. Members are reccommended to attend clan meetings, matches, and practices. When possible, please stay until they are over.

4. No glitching, hacking, or showing bad taste while on any server. You will be held accountable for any of these actions. Teamkilling out of malice is not allowed and you will protect members from teamkilling in public servers.

5. Members will not spam our TeamSpeak channel, another clan’s means of communications, or anyone’s messaging program.

Ratification
The top three ranking clan members are responsible for ratification and adjustments to the clan rules. Should the top three be unable to attend, succession will be followed down to the rank of Senior Sergeant, until three members can convene. To complete final ratification of the rules, the clan leader must approve the changes.

Punishment
All infractions of these rules will be corrected by a Senior NCO (Senior NCO is considered ranks of Sergeant Major and Command Sergeant Major). If an NCO is unavailable the situation will either be postponed or taken up by an officer.

If an infraction is serious enough it will be dealt with swiftly by the top commanding officer. Instances that qualify include cheating or hacking. The final punishment will be made by the commanding officer. However this decision will not result in a player being kicked from the clan under any circumstance. A decision to kick will be decided with the top 2 Officers and one Senior NCO. If it is determined that a person does not deserve a kick then a demotion will occur. A demotion consists of having the member reduce the rank on their tags by one rank until infractions have been resolved.

Clan Tag
The appropriate tag to be worn by new members is |DOS|Pvt. Player Name. Naturally, as you advance in rank the Pvt. will change to a higher rank abbreviation. The rank abbreviation does not have to be worn in games where space is limited or game registration is required. For example in Battlefield 2, your name would appear as |DOS|Player Name, but in a Source game, your name would include rank and tags, such as |DOS|Pvt. Player Name.

Scrimming & Practices
Scrimming is allowed to happen and should happen whenever possible. Scrims may be setup by any member Pvt. and higher. This should increase the number of random matches that occur during the week. Only the highest ranking or designated clan member will speak to the opposing team during clan matches. However, members may congratulate the other team on a good game. Matches will be played on a first come first serve basis with rotation. Therefore, everyone gets to play.
Practices will be held once a week in our Public or Private server. The day we meet will be listed on the main page of the website, forums, and Teamspeak channel. Officers will rotate command of the separate teams in the server. Practices are only held when in a competition.

Recruit Processing
-Get Approval for a Recruit and introduce them to a member Sgt. or Higher
-Explanation of Clan Rules and Policies
-Registration and adding of members on Steam and/or Origin
-Explain Proper Placement of Tags on Recruit in valid Games and Teamspeak 3
-Private Message Keel and Keymaster of New Recruit name for Website
-Get Recruit GUID from any Server Admin to help with clan match registration if league match is ongoing