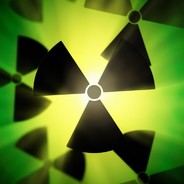 SZM Team are a small team that create mods for stalker from 2010 and trying to make stalker live and better. Our team made a long path and learn a lot. In 2011-2012 we had developed "Return to the Shadows" project. At 2012 we published SZM CoP 0.2, for a long time we worked on the next version SZM CoP 0.3. Unfortunately, all projects were frozen in 2015.

Now we are working on the project «Choice of Destiny», our main goal is to finish all that we’ve started within projects RTTS, SZM CoP and to «make stalker great again». As far as possible in our powers.

Now Choice of Destiny contains a tree pack which added to the level "Hallway". The level "Hallway" with tree pack compiled with low quality - draft, don't worry you can play in this.
On the level AI-map so like in previous builds NPC and mutants on level Hallway.
You can walk around and look at level, houses, buildings. There are no still normal stashes.
There are still places to hide from blowouts.
There are still not a lot of quests and Freeplay mode currently.
On the level, three places of traders and they have mostly "nothing" to trade.

At location not lots of bushes like in most places.
Yes, they cut from all and use in some places.
In fact in the forest, not always many bushes.
So mostly it's Oak and Alder forest with pines and spruces.
There is no birch which was in previous builds and you've might be seen in screenshots.
Was decided to place Pine and Spruces and not birch.
Anyway, there is no big place to birch like in builds 2018*.
And sure there will be edits in the future.

Also, we have our own pack of trees but a better and good pack of Absolute Nature.
So we use it to place forest in our project - Thanks CrommCruac!

Be aware that in tree pack build will be lower FPS in-game.
Some of the trees you can see with black quad, it's because of low-quality draft.

Small fixes:
- Added global map (Hallway map incorrect currently);
- Added helicopter sound;
- Added TV to some places;
- Added sleep places;
- Deleted some squads because it's crashed (maybe logic with new AI map);
- All bandits on the level now enemy (You can try to observe them);
- Fixed that mutants don't attack the main actor.
Now all mutants attack Actor, also bloodsuckers are fixed too.
There are places where lots of bloodsuckers (be careful), they attack actor now;

SZM-Team saying Thanks for all previous downloads which were.
It's very important to us that people download and are interested in the project.
Choice of Destiny is free and we are making the game for free!

Also Static light not working.
This release is maybe the last with big changes.