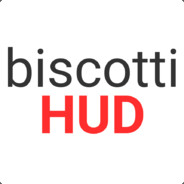 The official Steam group for biscottiHUD - a custom HUD for TF2

This is my custom HUD for TF2.

This group will notify you when I release updates for the HUD.

- minor fixes.
- 3D player model is now in profile with an option to go back to how it was.
- nothing changed on scoreboard yet.
- hides picked up weapon owner in streamer incognito mode.
- moves hp bar higher up on freeze cam to avoid clipping with weapon inspect.
- countdown background is now opaque. might be removed entirely in the future if I don't like it.

So... It's been 3 years since I last worked on my HUD. On New Years 2019, I messed up the GitHub repo trying to rename the folder to lowercase, which resulted in there being two folders, one as it used to be and one lowercase. I couldn't figure out how to delete the duplicate because it didn't show up on my local system at all, so I instead just gave up on the HUD entirely.

In the meantime I played a ton of Guild Wars 2, and I went back to school to study programming, and that's primarily what I've been doing the past 3 years.

I've been feeling nostalgic recently, watched some old Muselk videos, and wanted to start up again using Git properly now that I'm a bit more familiar with good development practices. Converting my old setup to Git branches took a little work but is gonna make updating so much easier and less likely to miss something.

There aren't a huge amount of changes in this patch, mostly minor fixes or stuff I forgot to release way back when. There's stuff I was working on that I need to see what state it's in and then finish it, and then there's stuff I didn't get around to but wanted to take a crack at, but all of that's for another day.

I'm also about to start a job so I'll have less time to develop and play, but it's a nice hobby project I can dig into every now and then.