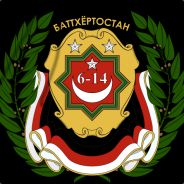 So we've expanded/are expanding the warehouse. LoganTheRed's permissions have been removed from the chests, as he can access the chests due to being a moderator and we'll conserve the text space for others.

Hopukka has been promoted to inner party. We'll perhaps create a new division incorporating some of the territory of the old Finnish empire for him to be premier of, and have him as a represenative during European times and ambassador to GAM.

We're not especially active at the moment, and are generally trying to avoid starting new political shitstorms for the time being.