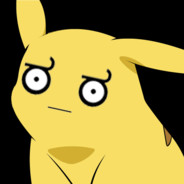 Warning you about anti-consumer practices in the Steam store.

Please make sure to go to the Curator tab and click the "Follow this Curator" button. Joining the group will not make the recommendations show up on store pages.

I made this group so I could become a Steam Curator and report on anti-consumer practices, such as manipulating reviews, abandoning unfinished games, not delivering promised features, preventing Steam refunds, and other such problems with the Steam store. This is not meant to be a list of games that you should under no circumstance buy, but rather, it's meant to be a tool to give you information you need to make an informed decision, and determine if getting a game is worth supporting anti-consumer practices.

Want to report a game? Post about the game in the forum, explain why it should be on the list, and link as much evidence as possible. Don't suggest a game in the comments on the group page or as a response to a review, because there's a good chance I'll miss it.
VIEW ALL
POPULAR DISCUSSIONS
VIEW ALL (11)
RECENT ANNOUNCEMENTS
RE: When should we consider a game abandoned?
September 18, 2016 - timsandtoms | 16 Comments

The poll[www.strawpoll.me] in the last announcement was surprisingly even. As in, 64 to 63 for the first question, and 48 to 47 for the second. After thinking it it all over as to what the goal was with listing games like that, what were reasonable time frames, how we could factor in things like the devs posting info but not pushing updates, or only pushing updates on private branches, and everyones opinion as to how to handle it, I'm hoping I've come to a pretty reasonable solution on the matter.

First off, what I'm trying to achieve by listing a game for not updating. I'm not trying to be the judge as to if an update is "good enough" or not, that's entirely outside of the scope of this curator group. All I check for is that there have been any changes at all to the public branch of the game. When you're buying an Early Access game, I assume that you're interested in seeing it finished at some point, and finishing a game requires that game to actually get updates. To that end, all I'm trying to do is to help give people a heads up so that they can make an informed decision on what they're supporting.

Now, as for how I was wording the reviews before, which was "Seemingly abandoned EAG...", looking back, that's a bit more harsh of a wording than I should probably be using. I don't think it's entirely wrong to say, but the situation could be more accurately conveyed. As the poll and the comments have made clear, plenty of folks are willing to forgive slow updates if the devs are being up front about the situation. I don't believe that expecting a paltry 2 updates a year from an incomplete game being offered for sale to tens of millions of people(Steam peaked at over 12 million people online in the past 48 hours) is unreasonable, even for just a hobbyist dev, but flat out saying that the project seems abandoned may not be accurate in all cases.

To that end, how do you guys feel about listing games that haven't had any public game updates for 6 months, but either making it clear that private branches are still receiving changes, and/or that staff are still active in the community, and then if a game hasn't received any public updates for a year, stating that it's effectively abandoned, despite active staff and/or active private branch development? Here are some examples:

Please note that when I say active in the community, I'm only referring to Steam. If a staff member for a developer/publisher is posting news on the games page, or on the games forums, that would count, but if they're only posting on their Twitter and Facebook pages, and those pages aren't listed in recent news posts or stickied on the forum, I'm not going to factor that in. If the game is being sold on Steam, it's the companies responsibility to make information available to the Steam users, not the users responsibility to try to hunt down the devs to find available info.

So, what do you guys think? Is this a good way to handle the situation, or is there a better way to do it? As usual, please vote on the poll!
http://www.strawpoll.me/11250510/


P.S. As I mentioned last post, we're coming up on a season that tends to have multiple Steam sales, which is a time that the information this group provides could really help people out! If you know of anyone who you think might appreciate a heads up, please link them to the curator page! If everyone who followed the curator page told one friend about us, we would move from page #12 of the top curators to within the first 10 pages! The less pages people have to dig through when looking for new curators to follow, the more likely they are to find us organically rather than just by word of mouth!
Read More
When should we consider a game abandoned?
September 11, 2016 - timsandtoms | 27 Comments

tl;dr What info should I consider when marking a game as abandoned?
http://www.strawpoll.me/11207699

I recently put up a review for The Joylancer: Legendary Motor Knight for being an abandoned Early Access title, as it hasn't received any updates on Steam for the past 8 months. A couple of people brought up the fact that the dev is still posting update news on the forum, so we shouldn't consider the game abandoned.

Now, I'm of the mind that if we're not actually receiving any updates, then the game is in effect abandoned. Talk is cheap, and I've seen far too many projects where the devs will continue promising updates which never end up seeing the light of day. Up until now, my criteria for considering an Early Access title as abandoned has been that it hasn't received an update(that is, any changes to the files that you download the play the game, not just a news or forum post) on Steam for the past 6 months. I don't dig into the contents of the update to determine if it's a quality update, or if it has enough content, just that there is at least something being updated on the game.

So far, my criteria has worked pretty well, but I wanted to run it past everyone and make sure we're all on the same page on it. Do you guys think the devs forum activity should count, or only actual game updates? Also, it hasn't come up yet, but if there's a non-public branch of the game(a dev-only beta branch, for example) that's still receiving updates, should that prevent the game from being marked as abandoned? I could see that one going either way. On one hand, the game could clearly still be seeing development, but on the other, the people who have purchased the game aren't receving any changes.

I'd love to hear everyone's thoughts on the matter! As usual, here's a Straw Poll, please cast your vote!
http://www.strawpoll.me/11207699

P.S. Just a little aside, but we're coming up on the Halloween/Holiday season, and there are frequently Steam sales, so the curator reviews could really help some folks out! We're currently the 111th most popular curator on Steam, on page #12 of the top curators. If everyone who followed got one friend to also follow, we'd be up to 86th, on page #9 of the top curators, making us that much easier for other users to find. I hate to pull the Youtube-esque "LIKECOMMENTSUBSCRIBEFOLLOWUSONTWITTERINSTAGRAMANDFACEBOOK" thing, but if you guys know anyone who would appreciate the info, please let them know about this curator/group!

Hypercharge: Unboxed devs admitted to flagging my review as "false" because I described "DLC" containing nothing nothing but skins as "microtransactions".

Then they banned me from the Steam forum citing a post that literally read:

"Thanks I'm looking forward to it!"


Major outlets like Eurogamer use the term "microtransactions" to refer to cosmetic "DLC".

It's clearly dishonest to flag my review because it used the word "microtransactions" in the same way that is the standard in the industry. #StopReviewTampering

The ban was issued by the same mod who personally insulted and harassed me for daring to describe an event that required completing daily missions on 21 different days as a "grind."

Or to put it another way, if you spend $20 on a bundle, the default you will give to charity is $1 and the most you can give is $3.

If you feel like donating to charity, just donate to charity.