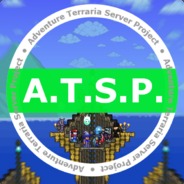 Terion
View Profile View Posts
Aug 10, 2015 @ 9:25am
Permanent Houses
We on A.T.S.P. are providing the players with a brand new world every week. This has several advantages but there's also one downside going hand in hand with this: every house built in the world will be gone for good.

You can however get a permanent house, one which will be transferred for you to the next world and that you can load yourself at the position you decide in the new world.

The Pivot
You're hopefully familiar with our House Regions plugin, which allows you to define a certain house region to protect it from griefing. You can also mark exactly one of your house regions to be transferred to the next world by defining a pivot point in it.

A pivot point can be defined by standing inside your house region and using the
/house pivot
command.
The current position of your character will become the pivot point of your house, you can see this point by using
/house info
and holding a wire or wire tool.

So what is the pivot point? Simply put, it's helping you a lot to paste your house back into the next world on the position you really want it to be - that is because the house will be pasted so, that after the paste you'll be standing right where you were when you set your pivot point.

In the following image, the /house info command was issued on a house where a pivot point is set:
Click me for image[yamahi.eu]

Let's say the house should now be pasted in a new world:
Click me for image[yamahi.eu]

Then the pivot ensures, that after the paste the house is having the correct position:
Click me for image[yamahi.eu]

If the pivot were set at this position instead:
Click me for image[yamahi.eu]

So in order to ensure that your house is pasted correctly, try to place the pivot point on the same level as the doors of your house. It's also a good idea to stand near the center of your house as it allows for easier placement later:
Click me for image[yamahi.eu]

Pasting in a new World
To actually paste your house in a new world, find a good place for it. The place should not be inside the dungeon or lihzahrd temple and it should not overlap with other houses or protected regions.

When you've found a good spot, simply issue the
/house load
command to get your house back. The position will be relative to your character and the pivot point you've previously set for it.
Note that you can paste your house one single time only. Once it is pasted, you can't change it's position again until you load it in the next world. This is why you must ensure a good pivot point inside your house, so you don't misplace it when loading.

Note: You don't have to reset the pivot point every time, it will still be there after the paste. Also, you're not forced to paste your house in every single world. However, you have to paste your house at least once after five world resets, otherwise it will get unrecoverably deleted.

Also note that only bank chests will get transferred with your house. Regular chests will be dropped as items upon loading the house. Trade chests will remain but get their content cleared, so make sure to empty them before the world reset happens.
Last edited by Fallstavia; Nov 5, 2021 @ 10:02am
< >
Showing 1-0 of 0 comments
< >
Showing 1-0 of 0 comments
All Discussions > Server Information > Topic Details
Date Posted: Aug 10, 2015 @ 9:25am
Posts: 0
Start a New Discussion