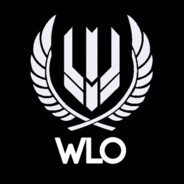 We're a very fun, loving and small community, we have a variety of members from all over the world. We host events and online chats together and we have a TTT & PropHunt Gmod servers and Minecraft Hub server, don't be scared to ask us anything or to just say hi, we got you.

Maps Added:
ttt_crassius_betav3 'A darker map with some challenging areas to traverse, it has some spots for sniping and for close to mid range fights, it is possible to climb up to some areas with the climber tool so it should make for a fun map.'

ttt_old_vault_b5 'An abandoned vault with some automatic doors that still function, the map features a progressive traitor tester where the innos have to find some batteries to activate it. '

Maps removed:
ttt_kosovos 'It was a large map that would often have some players wandering off to some really distant spots and some rounds were really delayed due to that'

ttt_nighttrap_2020 'here were far too many traps, a traitor would just have to spam E through the walls and a ton of people would be either dead or missing, which HAS happened too many times, it was pretty much the main thing that would happen on that map which had 1 counter play, stay outside.'

Weapon changes:
Newton Launcher buffed! 'People have been requesting the Newton to be more sneaky, because for it's low effectiveness or hard to pull plays it looked super obvious because of the eye piercing blue light off it's old model which was the physgun, so now it has a new form! the daunting pocket rifle!'

Removed the rolling animation on the Traitor & Detective Climber tool 'Although the animation added to the moment it would mostly add to the disorientation and it was a little unnecessary.'

Nerfed the Teleporter ammo capacity from 16 uses to 5 'You could spam this item far too often, you'd never run out of uses in your usual round, now you'll have to use it a bit more sparingly, shouldn't change too much though.'

Fixed the Traitor Knife not one-shotting the new Shingami because of its health buff 'Since it's supposed to one hit anything we just increased its damage from 100 to 1000, only thing it changes is being able to out right stab the shini once, not needing to swing the second time because by then you'd be dead mostly because you expected the shini to be dead after the first hit.'

Miscellaneous:
Added a new playable role! The Serial Killer A powerful solo killer, that has a shop and 1 credit, the shop mostly has stealthy or supportive items(Serial Killer can grab points from dead bodies though), it spawns with 40 Armor, a weaker version of the traitor knife to assist you and does not glow in red like the traitor knife and finally has a tracker that gives you legal wallhacks. With a 40% chance of spawning when there is 7 or more players this rare role should be a fun surprise when it does spawn.

Added a stuck command shortcut: !s or /s 'People wanted a quicker way to unstuck so here it is.'


Buffed the Infected minion's max HP from 40 to 60 'Should make minions more useful to the Prime, they will also have a bit more to work with including the off chance of not getting one-shot so often, which makes infected a bit stronger.'

Buffed Shinigami's max HP from 100 to 140 'The Shinigami often gets spawn camped and insta dies after spawning and even outside of this occurrence it will let them hunt for a bit longer and will also make the Shini a lot scarier when you're fighting them.'

Replaced a few icons from Traitor & Detective shop with newer ones 'These items were difficult to find when you opened the menu so now they should be more clear, this also fixes the issue where some icons would flicker black and you didn't know what they were until you clicked on them.'

To stay on top of all announcements, please consider joining our discord here[discord.gg]

It's pretty weird thinking back on how we started as a friends group on another server, then we started running a Murder server on a laptop and from there we payed for a 24/7 host and had more people join in and we turned a full open community and now we're +500 members and we keep growing thanks to everyone here.

To celebrate, here are some of the things we can confirm will happened during and some even after the anniversary day:

The traditional free copy of Garry's Mod giveaway with something extra to give an active member of our community the chance to join us in our dedicated servers for the community like: TTT2, Murder or Prophunt!

The WLO black market is back in town|

Random fun mini-games or other events like a watch along!

This is all happening on our discord server which you can join here[discord.gg]