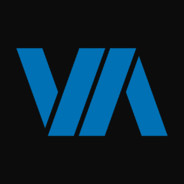 Welcome to the official VEGΛ-Gaming community!

We hope we can offer you a good experience on our game servers, our Discord and our TeamSpeak server. Feel free to join at any time:


If you have any questions or suggestions visit our Discord or TeamSpeak server and contact a staff member.

Feel free to invite your friends to this group!

please read the complete announcement to avoid problems after the update

All ARK servers will undergo mod changes. Read this list to know which mods will be changed or added.

(You will find a modlist at the end of the announcement.)

!!! Attention !!!
The update will cause 'problems' with flyers in cryopods and some flyers.
You should not keep your flyers cryoed while the server is updating. Flyers can be put out of the cryopod, there is no problem doing that after the update, but you won't be able to level their speed until the next server restart. So don't worry about dinos that can't be leveled on speed after you got them out of their cryopod.

Some flyers (e.g. ice wyvern, snow owls) won't be able to be leveled on speed anymore BUT therefore other flyers will have more stamina and speed.

Daily restarts
To make flyers levelable again there will be a daily restart at 06:00 [CET] (updates will normally also be executed as soon as possible (as connecting may cause problems on version differences) or latest at 06:00 [CET])

as you may have noticed VEGΛ-Gaming got a new color. We are now blue.
We are happy to see VEGΛ now shining in a new color like you didn't see before. But of course you can still get your custom avatar with your color and your name instantly on vega-gaming.de#custav[vega-gaming.de]

We also recolored our VEGΛ-ETS skins. To get the new ones just visit this Steam-Workshop-item:
https://steamcommunity.com/sharedfiles/filedetails/?id=1556643138


To get more information about this recolorization just visit our Teamspeak and wait in the 'Waiting for Support' channel: ts.vega-gaming.de


Game on
Your VEGΛ-Gaming Team

BoredBanana Sep 7, 2017 @ 10:20am
"The Walking Dead: Season 1" is currently free on humblebundle.com/store/the-walking-dead-season-1