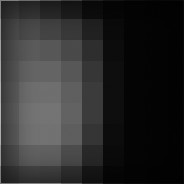 Introduction
This port is better than Zestiria in some ways and worse in others. Microstutter @ 60 Hz is atrocious, but I have mostly fixed it as of v 0.4.0.

Where The Port Went Wrong


Do not use Fullscreen mode

If the mod does not work, third-party software (especially FRAPS!), anti-virus software or Windows 7 is usually to blame.

If after closing third-party software the game still does not start, please paste

to http://pastebin.com and provide a link in a post.

Tanasinn [AZ]
View Profile View Posts
Jan 17, 2019 @ 5:53pm
Yep, thank you. I'm about to try to get this working since you eliminated stutter completely.

Kamikaze Ice
View Profile View Posts
Jan 17, 2019 @ 7:31pm
I was going to wait a few more days before bringing it up again, but there are some textures that are not listed in the mod tools (showing all "non-active").
I've not tried to go around and look for every single texture, so primarily it's the controller buttons that are missing (and a wall lantern in the castle dungeon (2nd save point of the game).

You mentioned elsewhere about possibly making a button texture option ala previous games, so if you can see them I wonder why I cannot.


Also, using the recommended swapchain settings with game set to Borderless, the resolution is not quite right and returns to this state every time the game starts (3864x2224 instead of 3840x2160). Overrides don't seem to stick either, requiring me to toggle the center button, or changing resolution and back so it is using the desired resolution. I'm judging based on Special K UI by dragging it around, almost as if the UI is being scaled to a total resolution of the game and windows shell (titlebar/border) despite being borderless (again, simply toggling center or whatever appears to correct this).
https://i.imgur.com/7nuTSfA.jpg


Unrelated to Special K:
I've noticed the audio doing some strange stuff in combat. Battle music volume lowers whenever Sound effects/voices are triggered.
Often this normalization (?) creates clipping/distortion in the effects/voices.
It's definitely the game and not anything else on my end (this guy is one of those home theatre elitist jerks lol)

Shinrin Cole
View Profile View Posts
Jan 17, 2019 @ 11:08pm
Thread has been unlocked on the Tales of Vesperia section of the forums.
#5

JBeckman
View Profile View Posts
Jan 18, 2019 @ 12:32am
Good to see it was just temporary, some cleanup action or whatever and hopefully that won't be too frequent.
(Or at least perhaps the moderators could utilize the features this forum has and notify the thread creator about why the topic was locked next time via the message functionality.)
#6

JBeckman
View Profile View Posts
Jan 18, 2019 @ 4:55am
More tools for moderators to exclude users from forums probably wouldn't hurt, then again the forum is due to for a overhaul but it's looking like the store front and client interface are next and it's on the standard Valve Time schedule so probably hitting beta sometime this year and maybe a full overhaul and release some time later after that.

It's going into more than just trolling too at this rate and disruptive behavior so Steam or well Valve should take some action really but well it's temp bans and then a VPN or alt is just circumventing it.

At least the mods should be more up to speed on the situation after the prior review so hopefully it's less problematic if they have to close the thread again.

Not really sure what else to say about it, topic is important for reaching most of the users compared to a group such as this but these problems are going to be a issue going forward and there's no real solution outside of administrative action far as I'm seeing it.
(Even then unless it's a full IP ban a blank account would just allow the user to make additional comments. Or at worst users I don't really know hopefully it's just one.)
#8

JBeckman
View Profile View Posts
Jan 18, 2019 @ 4:58am
Or more directly it's about your previous reply for Monster Hunter World I think and the psychic health and what you wrote then, far more serious if that's going to continue having to deal with this over and over with no real stop to it short of stopping using the community forums completely for whatever game is being supported via SpecialK.

EDIT: But I'm not the best with words and such but that's clearly not a good situation. Though I don't really know a solution if these problems are going to appear in every single thread now.

Though Valve could certainly do with one less user account among all the others they have although closure like that and full on bans are very rare from what I know.
(But this is quite a serious problem too and then all the other breaches of conduct and rules on top of it from the Steam security bragging and more including how the alt accounts are utilized to continue personal attacks.)
Last edited by JBeckman; Jan 18, 2019 @ 5:03am
#9

Jan 18, 2019 @ 4:58am
I know changing an entire discussion board so that only Owners of a game can post is a bad idea. But, maybe if it was an option that Topic Creators could set, or maybe a Moderator only option to help issues like what Kaldaien is having..
#10

Originally posted by TrowGundam:
I know changing an entire discussion board so that only Owners of a game can post is a bad idea. But, maybe if it was an option that Topic Creators could set, or maybe a Moderator only option to help issues like what Kaldaien is having..

That's a great idea honestly. It would keep the dupe account trolls out that's for sure.


Topic creators shoudl have this option.
#11

Originally posted by TrowGundam:
I know changing an entire discussion board so that only Owners of a game can post is a bad idea. But, maybe if it was an option that Topic Creators could set, or maybe a Moderator only option to help issues like what Kaldaien is having..

That's a great idea honestly. It would keep the dupe account trolls out that's for sure.


Topic creators shoudl have this option.

Originally posted by gstommylee001:
They should also have an ignore user feature.

Wouldn't do much in this case since the harassers just keep making new accounts just for the purposes of harassing Kaldaien and spreading misinformation...

Originally posted by BONKERS:
That's a great idea honestly. It would keep the dupe account trolls out that's for sure.


Topic creators shoudl have this option.

They should also have an ignore user feature.

That feature does exist. You can go to a users profile and "Block All Communication". That results in their posts being minimized with a simple message of "Blocked User". THat wouldnt' help here, as the person has at least 15 alternate accounts that I know of and just continues to make more as thy get banned from forums.
#15
< >
Showing 1-15 of 383 comments
Per page: 1530 50
All Discussions > ├ Tales of Vesperia > Topic Details
Date Posted: Jan 17, 2019 @ 4:21pm
Posts: 383
Start a New Discussion

1
To install/reinstall Special K to ToV do I need the Winrar or the ZIp Folder?

2
Transparency with BC7 DDS Files through Special K?

16
Is there anything I should tweak to truly fix stutters?