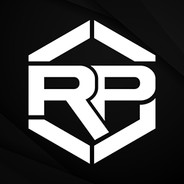 Roleplay UK - The Home of Roleplay

Roleplay UK was founded in February 2014 under the name of Altis Life UK and went from strength to strength installing ourselfs as the Number 1 Roleplay community in Europe.

On our servers you can Roleplay as a civilian, Police, NHS or a full out criminal! We were the first server to make everything all UK themed something which has been extremely popular from day one with our UK and European members.

In 2016 we successfully decided to obtain the domain Roleplay.co.uk after some kind funding from our members and started expanding our structure & ethos across other games for more people to enjoy over the next 20 years and beyond!

Everyone is welcome however we recommend you read our rules, they may come across as strict but they really do set the environment that people keep coming back for.

Roleplay is a great thing, come and enjoy it with us! We manage the stage the lights are on and the doors is open!

We are so close to joining the discord 10,000 members club

If you have not joined yet or if you know of friends who are playing on our GTA RP or Altis life server then now is the time to introduce them to the world of roleplay!

The Update you have been waiting for fresh for 2021 ready for the national lockdown.

So lots of questions, queries, concerns, excitement going into this update. A lot has changed, and we expect the meta to change quite considerably. However with the meta changes and gang introduction we will be expecting a higher quality of roleplay from everyone. There will be drive by shootings etc by gangs on other gangs, it wont be the normal in public view (in front of the police etc) all the time etc but if something considerable has happened prior to that event then this is something to be expected. We want to promote gang "beef", a little bit of gang drama as it might be called. Some proper street level petty shit. If someone says something in character, we expect it to stay in character and not see 400 reports "oh he called me a shit head I'm offended etc" What happens in character stays in character. We remind you of the NLR rules, there will be mistakes, some on edge stuff - speak to eachother out of character, speak to your gang leads if you feel you have been wronged they can raise stuff in their appropriate channels.

There is a few bits missing from the update and are actively being worked on - a few bits came up meaning they had to be pushed back by a few days. These include (a few more as well but they are secret for now, expect them really soon)

Drug dependancies and effect
NHS prescriptions and legal drugs to promote the above
Rizlas and joint manufacture to promote the above
Hydraulics minigame for hydraulic enabled vehicles (promoting bounce offs etc and the lowrider scene)
Full weapons meta changes, and full weapon fixes
Additional and new modded weapons to promote the above
Vehicles have been dramatically scaled back handling wise in this update, this is the start of something much bigger however we feel it is the right move. Rather than price = speed, we are scaling back the upper end speeds of vehicles and standardising vehicles. This means, police vehicles no longer go 180+ etc, and nor do the higher end cars. We hope to see an improvement of driving as a result and from here we can then scale vehicles on an individual and better managed level from this point forward (something not possible before). Added some new vehicles that are unobtainable yet, however expect this back extremely soon.

Some might see some of the new drug selling, manufacturing, and process tedious, over the top etc. We are always open to feedback in the correct places (Forum suggestions) however my original intent behind this is to promote new players to get into something and start breaking that gap of the players at the top of the server being absolute pricks to new players, so gangs and people wanting to make serious money from these new drugs and processes etc will need to look at expanding their contact base (maybe employ some drug runners, work as a team, bring in some of those new people who you would have dismissed before - Those with trust issues, check out the Wiki page by @Normanon gang permissions. You control who does what in your gang. We are open to expanding the gang system loads in the future, give us some ideas of what you would like to see!)

The next updates we are working on and have started (Shops, vehicle shops, warehousing and full economy) whilst we understand current pay is low compared to some prices, expect deflation of those top end prices of stuff to start coming down. Ofc if you feel something is a miss, please let us know. Character customization and experience update (Character creation, hair, clothing, vehicle customization/modification)

Goodluck, expect more in the coming days/weeks. Report any bugs or issues you find.

We hope you had a good new years and holiday. Any questions feel free to ask on the forums, or on discord. Remember we will only answer certain questions as always we expect people to work together on this more permanent system to build their knowledge base.

reggiehoneyman1610 Apr 30, 2021 @ 12:30pm
when i make it onto GTA RP can anyone come and pick me up i died of starvation outside the casino and dont want to loose all the stuff i have on me