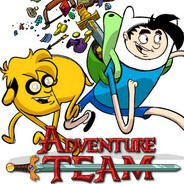 Wherein adventurers of the Penny Arcade Games & Technology Steam threads band together and give those lonely multiplayer titles in their steam list some love.

If you have a suggestion and/or date for an event, feel free to post it.

Just kidding. We mainly just chat and don't ever really play games at all.

As many have noticed our insta steam-thread (just add water!) has moved from the general Penny Arcade steam group to PA G&T Adventure Team. Part of the reason for this move was due to the lack of any sort of administration in chat, as we can't fully expect the board admins to monitor the very busy chat at all hours as well. After having complaints stacked on our desks for some weeks the Adventure Team Administration Fellowship has come to the conclusion that we are going to have to start temporarily removing problematic chatters, and in some rare cases removing their membership altogether. Kicks and Bans will be used to deter chat-shitting, dong measuring contests and all other manner of unpleasant interactions which make life for chatters difficult. How can you ensure your membership remains intact and you're able to talk it up with your fellow PA Steamers in real time, entering and creating steamgift giveaways for the non-russian infiltrated group? I think Big Isy said it best late last year:

Originally posted by Big Isy:
We've had a large number of new members joining G&T Adventure chat recently and it is excellent! Unfortunately though, the chat room has been less than appealing and mature as of late. Arguing over opinions and being a classless dick to someone will not stand. Immaturity is something we can do without in here. Grow up, or you will be on the receiving end of a banhammer. The ban will be decided upon by a vote, by the admins present in the chat room at that time.

Adventure Team was set up to bring people who wanted to play obscure, older games together. Let's try and keep it as close to that as possible. Thanks and peace out.

It is not an easy decision to come to but the time has come and the hammer will be coming down in the very near future. If you feel some sweat running down the side of your brow right now...

So be excellent to each other. Being a member of chat and using the features of the group is a privilege and not a right.