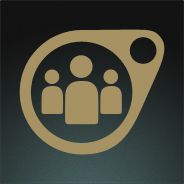 Sep 30, 2012 @ 1:46pm
[ RELEASED ] Left 4 Dead 2 Compatibility Pack
Hey. Over the last few days I've been working on a pack that, when mounted, fixes issues that occur when mounting the Left 4 Dead 2 content. This involves recompiling maps so they are functional in SFM, disabling models that crash SFM (due to engine limits in SFM that are not an issue in L4D2) and fixing infected skins.

This isn't all good news, not all maps were able to be ported across for example.

This pack has all the standard L4D2 content ported, no DLCs yet.

It's simple, extract the 'l4d2_fix' folder into your SourceFilmmaker/game directory. Mount the content like you would any other game by adding the mounting line above your left4dead2 mount in your usermod/gameinfo.txt. This ensures that the fixed content has priority over the broken content.

If you haven't done so already, run the batch file that fixes invisible models. http://forums.steampowered.com/forums/showthread.php?t=2824377 - see step #3, run it inside your left4dead2 folder.

Now, when you load SFM, left4dead2 content should be functional.

Link for the automatic rigger?

Originally posted by Ling_Boster:
Finally I can use Louis model without crashing, PILLS PILLS!!!!
THX A LOT JIMB

CDJO
View Profile View Posts
Nov 1, 2012 @ 8:31am
For some reason I can't get it to work, but that might be my lack of computer know-how, but I was wondering if their was a video tutorial or something.
#12

DespicableV
View Profile View Posts
Nov 14, 2012 @ 2:14am
I can’t get it to work :(
I have tried everything i cod think of but it’s not working and i really need it to work for a school exam (in film making)
The thing is when i add a new model i can’t see them but they are there (i can see it in f4 mode)
I have tried the bat file but that does not work
Please help! i really need it
#13

Static Brown
View Profile View Posts
Dec 4, 2012 @ 4:59am
Hmmm...I'm usually good with this sort of thing. I've looked around but didn't find much info on how to mount content. I tried to mimic your reference example but this didn't work for me. Any tips?
#14

0
How to use this forum