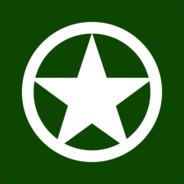 GTA Online
We greatly believe in getting people money quickly via easy and effective methods like VIP missions and work. We also insist that if you help us with resupplying or anything we believe we owe you a resupply back or some other favor.

We also are very capable fighters with multiple wars and battles won against any opposing force, we can easily take down any amount of players.

Good evening, today Mine Co. Industries scored a decisive victory against hostile forces in the Del Perro Heights Area of Los Santos. After running one of our Operations in the area, our cargobob was suddenly shot down and crashed on the roof of a nearby store.

The hostile enemy forces took defensive cover with snipers at the makeshift trench at Del Perro Heights. We fortified ourselves at the roof of the store with the wreckage of our downed helicopter, forming a strong frontline against their line of snipers.

We thinned their ranks with our more advanced sniper rifles, and saved our shells and explosives until they charged our position. After picking a good amount of them off they decided to charge towards the store, we unloaded our explosive rounds into their charge to break it up.

After sustaining some casualities on our side, their charge broke apart with their large amount of casaulities. We followed them back to their initial frontline. Their soldiers were overwhelmed by the sudden counter attack, causing a heavy amount of casualities and their defenses to be severely weakened.

The enemy forces began to retreat and regroup in front of Del Perro Heights as we slowly surrounded them, taking out their escape helicopter before they could depart from the battlefield. This caused them to fully leave the session and allowing us to win the battle and continue our operations unharmed.

Today a mass battle happened between our group, Mine Co. Industries, and our ally, FSA against the opposing hositle factions of GTA Online, we were ulimately victorious in helping our allies out, but I feel like I should talk about how we assisted them.

It began around the Los Santos airport, where the leader of FSA needed me for an attack chopper, due to increased lag the two other FSA members in the chopper fell out of the chopper and got isolated from us in the middle of the city (which was already a warzone). Cody, the FSA leader, regouped with them while I hid the attack chopper under a shadow of a tree on a golf course. I managed to recruit two other people to Mine Co. Then the tanks came, we spotted two Rhino tanks nearing our location, firing at anything that moved, we quickly hurried into the attack chopper, and after narrowly dodging the two tanks' shells, we destroyed the tanks. The players in the tanks didn't take kindly to this (of course) they shot our heli down and then pinned down the FSA members.

In a forced effort to regroup, I reconmended that Cody move to the unoccupied mansion a mile or so close to him. We managed to get almost pinned down on a hill near the Richman Mansion, with sniper fire coming from both sides of the hill, we killed one sniper then moved Northeast towards the mansion. Cody and his FSA members were holding against both the NPC police and the one hostile player, unfortunately due to me and death (who was a member of Mine Co. during this battle) entering the scene, we found that there were more players attacking our position at the Mansion. We held off for a while, fighting both NPC and player. One of our members, Monkey (who was isolated by another hostile player) managed to get to the mansion and provide assistance against the attackers.

We held out for a while longer, until a Hydra was seen, for those who don't know, a Hydra is a player owned VTOL that is heavily armored and armed, it sports long range homing missiles and an explosive firing minigun, not exactly something you'd like to see while you're trying to hold out. We ran for cover. In a turn of events the Hydra was actually on our side, and I managed to recruit him to help us for air support. We then began to work on a plan to get out of the Richman Mansion area, we were going to use a Cargobob (which is a heavily armored tansport helicopter, seating ten players) to get out of there, but we couldn't get one in. Instead some of us moved to the roads to get an Insurgent from the mechanic (basically hes really spotty about bringing vehicles to certain locations, which we couldn't get the vehicles at the mansion). We had two Insurgents: One with a mounted .50 cal, and one without the mounted .50 cal, we moved into the rear driveway of the mansion, after clearing it of the mass amount of NPC cops in the driveway. Cody notified us that his troops couldn't get to the rear driveway, and we had to pull up to the front driveway, which had far more cops surrounding it, after clearing enough of them, we got Cody and his troops into the Insurgents.

We initially were going to drive North up to Sandy Shores, but that would bring us right through enemy lines instead, I ordered a Cargobob, but when we got to the helipad we found that the Cargobob wasn't there and we had to move up to the Los Santos International Airport using some anhilators, (they are just attack helis that are slower and they don't have as much firepower or armor). After finidng a Titan (which was a massive military plane that could seat 10) we tried to get takeoff, but due to a cop car running into the Titan and damaging it, we couldn't get the Titan to function. I ordered a Cargobob at the airport to use to get the FSA members and one Mine Co. member, while the other two got attack helicopters and followed us.

We got to Sandy Shores around 8 pm, we landed at the airfield and pretty much called it a victory, then robbed a few nearby stores to make up for the lost money.