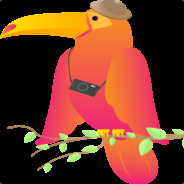 Jungle 1.0 began in February 2018, and since then we’ve had our ups and downs with surprises and accomplishments that two nobodies on the internet never thought they could achieve by starting a Gmod server. For the past 2 and half years Jungle has provided a steady income, experience, friendships, hardships and much more.

However, the server has reached a point where most Gmod servers eventually reach, death or close to it. This is our first iteration of Jungle and while we’re proud that our first attempt got us this far, there’s a lot here that’s holding us back, there’s so much we want to do and give you but we’re just restricted by our current setup, there’s tons of code that needs to be rewritten, replaced and entire systems need pulling out or changing that cannot be done with a complete reset/wipe.

I want to assure everyone that this is not the end of Jungle, as you read this message Jungle 2.0 is being quietly worked on every day and has been for the past few months. Entirely written from the ground up with as many custom features, content and ideas that we’ve wanted to have for a long time but just couldn’t due to our current code base.

For those of you worrying about how your donations will be handled, we have a plan for that. First, anyone that donated in the past month will be given 100% of their original donation back on the new 2.0 server in our server currency. Past a month you’ll be given 50% of your total donation back in our new server currency. This allows you to spend your donated money on whatever you want on our new server. Obviously, many of those things are still to be decided but when those options are available, we’ll let you know.
For previously banned/warned players, all of them will have their warns cleared and the ban list will be cleared. The only players that will remain banned are those that are community banned, and other players that we do not believe deserve to be unbanned.

The server will be going offline in around a week and the current Discord will be completely archived for historical/log purposes and new channels will be set up soon.

Lastly, any of you that have been playing for the last week or so, and truly stayed until the end will receive a special reward for doing so.

We appreciate each and every one of you that has ever played on jungle, from the griefers, to the minges to the long time players that have been here since pretty much day one you’re all valuable members of our community and ecosystem to making Jungle, Jungle. We want to bring to you a much better, improved experience that has more to it than ever before with features and ideas that you’ve hopefully never seen anywhere else.

With that said let’s get down to what major changes you’re going to see on Jungle:

This is just a small teaser of what’s to come, there’s way, way more than this on the way but this is a small bunch of what will be live when we launch, we hope to see you there for Jungle 2.0 ‘s release, thank you to everyone who has been here, we look forward to seeing you again.

Until the server is released, you will be able to watch live updates on my stream at:
https://www.twitch.tv/tmonkeyt

Our Trello board is also public so you can see what we’re working on and what’s a priority.
https://trello.com/b/PbBohgOq/jungledrp-v2

We’ve finally hit 2 years of Jungle Servers. This is something that we’d never thought we’d achieve, and we couldn’t be happier that we’ve reached another checkpoint in Jungle’s brief history. Although it’s only been 2 years it feels like a long time, and there’s no one else to thank for being here other than everyone who plays the server and everyone who gives us support, from Ikareru, TMonkeyT and the entire staff team we thank you for letting us get this far, because truly it’s the player base that have allowed us to get to this point.

I don’t think that it’s a surprise to anyone to hear me say that Year 2 of Jungle was nowhere near as good as Year 1, and we know more than anyone that we haven’t been in the best spot. This year we plan to change that, we want to pump out as many updates as possible, and really get content moving along for you guys as we’re not happy with the progress we’ve made. We have big plans for this year, we’ve teased a tiny bit of what’s to come in the dev posts with much more planned and laid out for you guys, from small updates to entire reworks to systems that we think could use a change, here’s to another year of Jungle severs, I hope you all stick along for the ride. As a thank you and a reminder that you’re all important to us we’re running a 50% sale to celebrate this year’s anniversary as well as running a recurring giveaway.

Everyone online at the following times will receive 100 anniversary points and everyone on the server will be added to a list and one person will be given a skin crate from that list.

All these giveaways are also scheduled on the steam group which will show the times for your time zone to make it easier for everyone.
https://steamcommunity.com/groups/Jungle-Servers/events