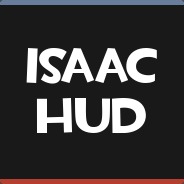 The offical group of Isaac Hud

Here you can find anything related to the HUD

So.... been a while huh?
More then two years for an update that barely adds anything.
I guess its still more than what valve is doing, but im genuinely sorry for the long wait. But now its here, with some new menus and (hopefully) not many issues.
Thanks to everyone who kept messaging me to update it, slowly and surely you were able to get through to me. And now without further sentimentality, here's what you're here for: https://huds.tf/forum/showthread.php?tid=211

So... this is long overdue. A lot of stuff happened and I'll be honest, I didn't have much motivation to work on isaac hud a lot and for that I'm very sorry. I have occasionally been doing stuff however, trying to modernize some parts of the hud (thats partly why its taking so long) and i don't know when, but i will try finish it. I know i should have just released an update that makes the hud work first... I really don't know why I'm not doing that. For now you can manually fix the hud by opening the info.vdf file and changing the 2 to a 3. Yes, thats it

Here are a couple of screenshots[imgur.com] from the new stuff just so you get a general idea on what stuff will be.
I really hope you guys aren't too mad at me and can be patient for a while longer.

this is just a ride Mar 19 @ 1:24am
If you aren't working on this HUD anymore I recommend giving development to someone else since this HUD has what i'm looking for but needs a lot of work

plushy ♪ Nov 13, 2018 @ 7:16am
is this hud going to get updated? its a really good hud but its still got its bugs, i guess if it doesnt get updated ill be able to deal with it, i just wanted to ask

Cascading Style Sheets Nov 12, 2018 @ 1:29pm
hud wont work? I extracted the IsaacHUD Folder into custom. The loading icon in the corner is isaac but nothing else.
< >
VIEW ALL (165)
GROUP MEMBERS