Join this group to learn more about our upcoming published titles from Humble!

For support you may email us or read our Support FAQ at our Support Page[support.humblebundle.com].
Humble Games

We are so thrilled to announce our publisher sale - for the first time ever! Check out our list of games on sale, up to 75% off. 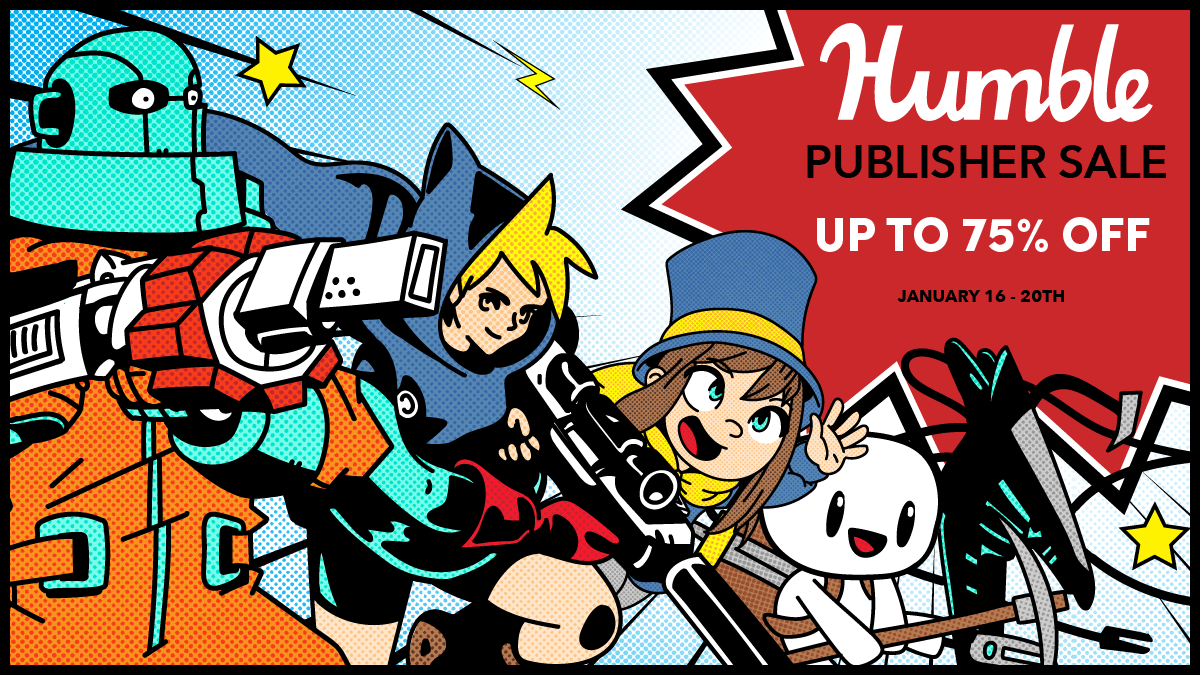 75% OFF
Aegis Defenders
Take on wild beasts, ruthless soldiers, and ancient gods in this 2D Action-Platformer inspired by Tower-Defense combat. 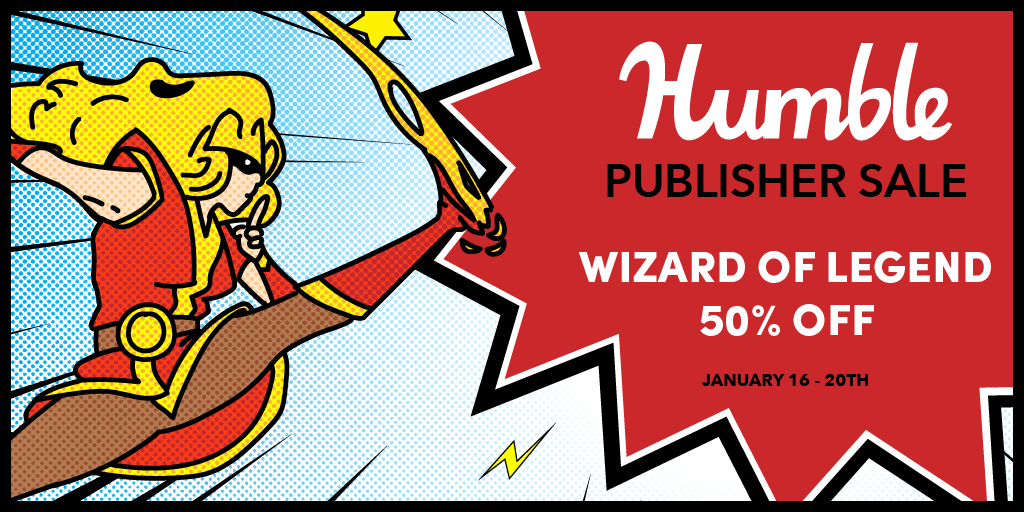 50% OFF
A Hat in Time
A Hat in Time is a cute-as-heck 3D platformer featuring a little girl who stitches hats for wicked powers! Freely explore giant worlds and recover Time Pieces to travel to new heights!

Staxel
Grow your farm, meet the villagers, and join your friends online in building your world.

Wizard of Legend
A no-nonsense, action-packed take on wizardry that emphasizes precise movements and smart comboing of spells in a rogue-like dungeon crawler that features over a hundred unique spells and relics!

40% OFF
A Hat in Time - Seal the Deal
Unlock an all-new chapter, an incredibly difficult mode, local split-screen co-op, six new Time Rifts, and a ton of outfits in this unmissable DLC.

Void Bastards
Inspired by BioShock and System Shock 2, Void Bastards is a revolutionary new strategy-shooter that will test your wits as well as exercise your aim. Can you lead the misfit prisoners of the Void Ark through the derelict spaceships and myriad dangers of the Sargasso Nebula?

30% OFF
A Hat in Time - Nyakuza Metro + Online Party
Nyakuza Metro DLC introduces an all-new chapter with 10 new Time Pieces, a new sticker system, new flairs, new dyes, a new weapon, a new purple Time Rift and more.
Online Party allows you to play online with your friends, in groups of up to 50 players!

The Occupation
The Occupation is a fixed-time, investigative thriller set in North West England on Saturday 24th October, 1987. 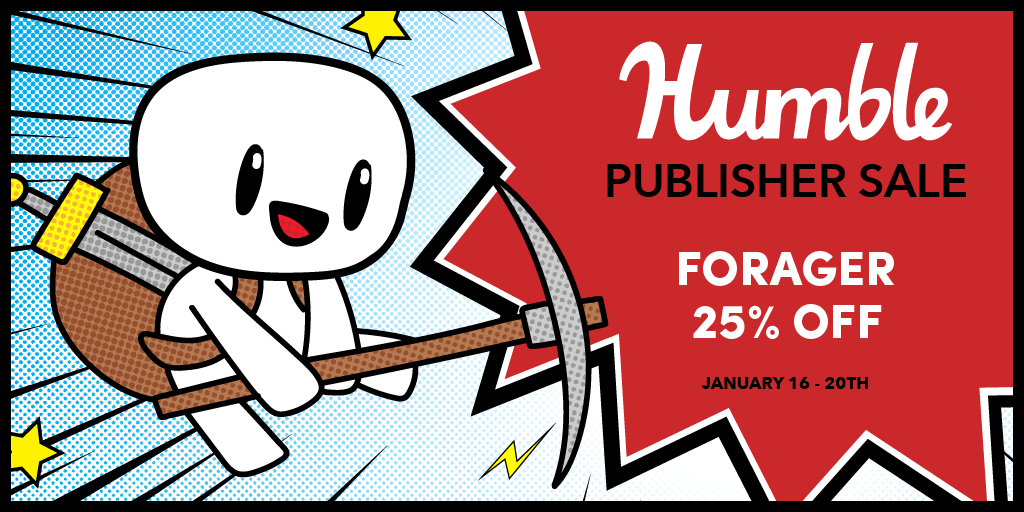 25% OFF
Forager
The highly popular and quirky "idle game that you want to actively keep playing". Explore, craft, gather & manage resources, find secrets and build your base out of nothing! Buy land to explore and expand!

Crying Suns
A tactical rogue-lite that puts you in the role of a space fleet commander as you explore a mysteriously fallen empire.

20% OFF
Void Bastards Bang Tydy
Clean up your messy nebula with the Tydy DLC! 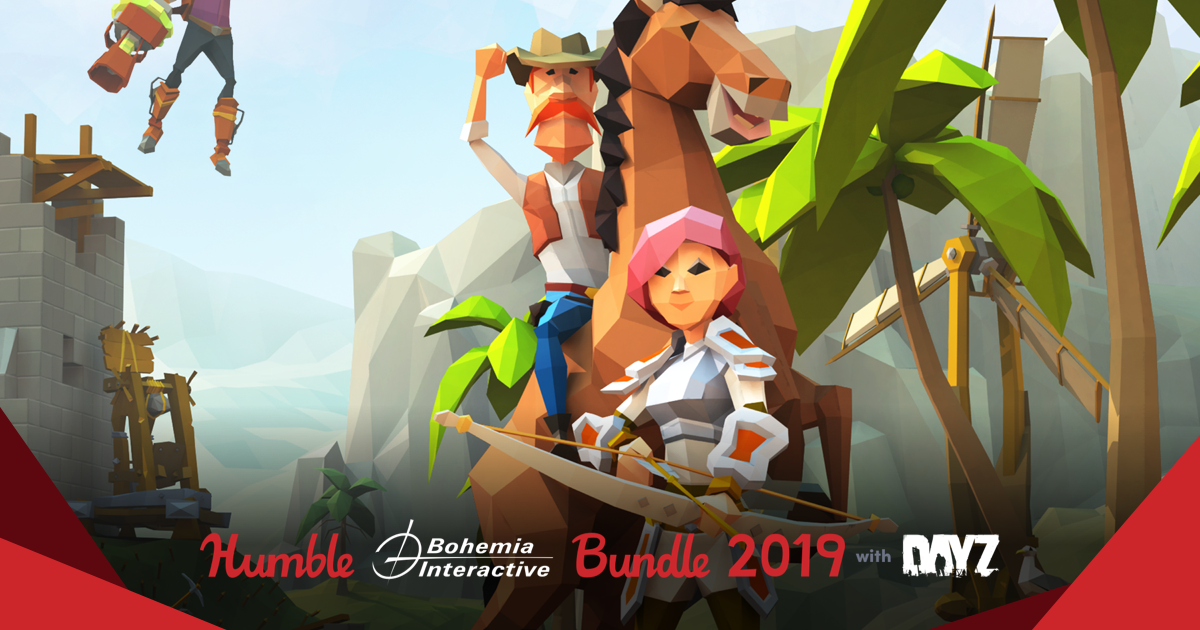 Get Arma-d to the teeth with the Humble Bohemia Interactive Bundle 2019 with DayZ!

Bohemia Interactive is back with a bundle full of Arma titles and more! Not only will you receive Arma X: Anniversary Edition, Arma 2, and Arma 3, but also Original War, Ylands, and Day Z. Plus, your purchase will support the American Red Cross!

The Wild at Heart