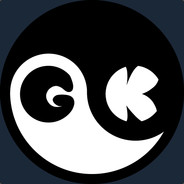 GameKeeper has been running since September 2016 and has constantly been worked on since then. We have four very active admins and mods and are able to call in others when it gets busy. All are native English speaking. We try to keep all our servers toxic free and so to do that we perma-ban - that way the toxics take up a bare minimum of our time so we can keep on doing the important stuff of improving the servers.

Genuine players who want to be a part of the community are always welcome and there's always something going on in Discord. We love it when people join in and help.

We currently have three active Rust servers - PvP with Arena events, a PvE server with PvP zones at large monuments, and a Build/Creative server. We intermittently run test builds of 7 Days To Die and BlockStorm. There's also some Minecraft builds (including minigames) that are being worked on by our community and need a lot of testing before we'll be happy. For MineCraft we prefer to use server side plugins rather than client mods.

We'll be gradually expanding to other games as time goes on.

In terms of hardware, we run two dedicated servers under Windows server, and three Linux based VPSes. The web site runs on different hardware, and we can always be contacted via Discord if there's ever a problem with the web site.

The servers have active Admins and Moderators in different parts of the world so if players have any real problems, then 99% of the time somebody is there to assist them. If you are unable to find an admin/mod we also have a Discord channel which you may join to ask for help there. But we expect all players to attempt to help themselves first before contacting a mod or admin.

Feedback and suggestions are a big part of building a server that everybody enjoys playing on, so we like to encourage (and reward) players to speak up about ways to improve their gaming experience. Even the little things matter to us, and if you'd like to make a suggestion then you can do so on our (Xenforo) forum. Suggestions we like get in-game currency.

One final note. None of the admins and mods at GK actually play in game. We are admins and as such the golden rule we follow is to help, but not get involved. Yes you may see us online building, but we don't EVER go raiding and we don't EVER get involved in what the players are doing unless we're asked first... Or if we spot rule breaking going on.

No admin abuse on our servers, because admins don't play.

The only exception is when we play in one of the arena events which is a level playing field for us all. ;-)

As the title says, we've now completely migrated Rust server #1 to a new faster, bigger, dedicated server. Just search for it in the in-game Rust browser or you can connect directly to it at 91.121.90.23:28015.

If you're interested, the new hardware is a Xeon 3.4Ghz 4 core (8 threads), with 32GB Ram, plus 2x 120GB SSDs in RAID 1, and an additional 120GB SSD as storage, so there's plenty of oomph in this for expansion. Running just a single server is taking up less than 4GB RAM and roughly 10% CPU. (Compare this to the 50% CPU of the old system.)

We'll be migrating server #2 to this new hardware at the next dev wipe on the 6th April.

We're also considering running a medieval server using only swords and crossbows and a 7 Days To Die server too as that's pretty good fun (and scary, when you're trapped in a tower block on swarm night.)

Whatever we do, we wouldn't want to run the server at over 60% CPU, so we'll be careful over how we go about it all.

D4RR3N Dec 25, 2021 @ 3:55am
Can someone please tell me where I will find my daily airdrop canister for joining this steam group? Thanks

D4RR3N Dec 24, 2021 @ 2:04pm
Joined group. Like the server guys. Its keeping me busy during my off time offshore.
Looking forward to my airdrops now.. thank you

PutinCopter Jun 17, 2021 @ 8:42am
hello, i really like your servers, there is a good ratio for everything, i mean not to easy but not to hard either, its kinda perfect ( at least for me )