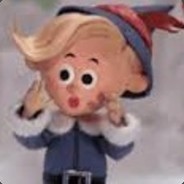 None of our so-called "regular" players really play FoF any more (including me), so no point it keeping them on-line.

The game (FoF) has changed so much since its original Steam release (and pre-Steam "mod" version before that), that I no longer am really interested in it at all any more.

If some group members really want the servers back again, I can turn them back on-again. They are currently just turned-off - not deleted (yet).

For those who may not be aware, I have had dedicated game-servers for FoF up since it's Steam beta (and before that for the old pre-Steam "mod" version).

More information about BPr is available on ModDB, here ... https://www.moddb.com/mods/bisounours-party

Do not confuse this with "Bisounours Party Adventure", which is the SINGLE-PLAYER mod.

Zanechat komentář
Fistful-of-Frags (FoF) servers update!
15. led. v 22.21 - Weasel
I finally got-around to restoring the adding another Fistful of Frags (FoF) server that will run a select sub-set of team-play ("TP") / objective-type maps. Eventually we will add some additional 3rd-party/custom TP maps to the rotation.

There are now five [F+M] FoF servers, running different configurations. They are also all tracked now in the statistics/ranking system, available here[stats.freaksmisfits.club].

Zanechat komentář
Holiday-related changes to [F+M] TF2 servers reverted.
11. led. v 21.20 - Weasel
The [F+M] TF2 servers that had been previously modified for the winter holidays, have now been reverted to their normal non-holiday configuration. This includes things such as:

Zanechat komentář
Hoping you all have a happy "Festivus", "Life Day", "Robanukah", or whatever.
18. pro. 2021 v 12.05 - Weasel
Due to online Covid, Weasel will not be organizing an on-line holiday gathering on the [F+M] servers this year. However, anyone in the [F+M] community is welcome to organize as many gatherings as they would like on the [F+M] servers. In particular [F+M] Administrators / Moderators are encouraged to use the Events function of the Steam Community Group to organize and announce such gatherings.

Hoping you all have a happy "Festivus", "Life Day", "Robanukah", or whatever.