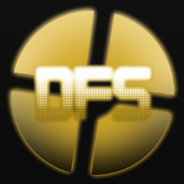 13 Thg10, 2021 @ 3:50pm - Disp
Can you all believe it? It's been a miraculous NINE whole years since I've first launched DFS, crazy to think how fast time passes huh? A lot has changed since then and I'm honestly not only quite shocked but truly grateful that this wonderful community has managed to keep going for this long, and hopefully even more!

I was nothing more than a very young wee child when I first launched DFS, having no idea how far it'd go or how big it'd become, one thing I can say is that it has been a very long and amazing journey I've enjoyed taking with all of you. I'll admit now that I unfortunately don't have much free available time to focus on my passion project as much as I could in the past, so I've been slowly passing the torch away to some very cool and capable people who will give their best to keep you all happy and the DFS community going forward throughout the future!

But for now I've prepared you all a big server update that I hope you all will be able to enjoy and have a great time with! Along with the changes below we've enabled our anniversary mode for two weeks, allowing you to finish an event to earn a bunch of goodie rewards for yourself! If you login this week you will also get yourself a exclusive anniversary badge!

And that will conclude my message for our final one-digit anniversary. Thank you all so much for everything over the years, and here's to even more to come!

DFS Structural Role Rework
This rework aims to make major changes to all roles and permissions on DFS. We're also aiming to give the public more access to some fun commands and features without restricting them to donors only, while introducing big new bonuses to donors to help keep the lights on and the servers going!