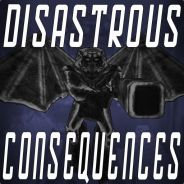 DC has been around since 2003 and is still going strong!

Seems like the gametracker forums are down. Actually, all of gametracker.com is down! I'll post updates here meanwhile.

Feel free to join our discord too, I'm a little more active on that than on here: https://discord.gg/bfNDaFmA

Gaia is now boss of the month for February.

- Glass now has a few new attacks including:
* Mirror cloning herself every 30 seconds. Players take small damage when killing a mirror
* Glass and mirrors scream if a player is nearby, damaging all nearby players

Since so many of us are homebound, we're putting on bonus XP settings for the next few weeks.

Jinkoo May 3, 2017 @ 6:24pm
Went to the old site, was sad because it was barren.. Then Demonslayer posted and got ahold of the new site! Fantastic! Will join back up after finals.

Jan 9, 2016 @ 7:53pm
We are now working on the new redirect server from Awardspace. Jefe will be uploading files sometime in the near future. After Jefe is done, Druid will probably upload the old DC forums as well. Thank all of you for the donations which helped speed up getting the redirect server.
< >
VIEW ALL (56)
GROUP MEMBERS