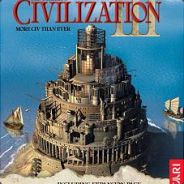 Chat lobby for Civ3 Multiplayer Players the world over

Chat for CivPlayers Civ3 players and Civ3 MPers the world over

New to civ3 multiplayer? Here's a guide for getting started!
A Google drive with scenarios, the grid, and an archive of old saves[drive.google.com]
The ladder website, with rules and the leaderboard[civplayersciv3league.com]
VIEW ALL
POPULAR DISCUSSIONS
VIEW ALL (4)
RECENT ANNOUNCEMENTS
The Ladder is officially up and running!
April 9, 2020 - Suede | 0 Comments

Hey, we've decided to bring back the ladder!

The ladder is a ranked league of Civ 3 multiplayer players. It let's us keep track of wins and losses, and gives us structure from which we can make show-matches and tournaments!

Currently only 3 scenarios will be tracked on the ladder: Future, MPT, and QC. The rankings will be kept separately. This is because we want to promote all 3 scenarios, and we think players would be afraid of learning other mods if it would tank their ratings. In the future, we may add new mods, and we'll post a combined ranking page for the best players across all 3 mods.

Ladder games should have the word "ladder" in the game title in the multiplayer lobby. If you want to play a ladder match, you need to register. To register, just PM me or Gbiebs with your ladder name, and read the rules. The rules are found here. https://civplayersciv3league.com/rules Try to make your name short, and consistent across all platforms (steam, discord, and in-game).

ELO is your ladder score. Higher = more skill. If you win against a player or team with higher ELO than yours, they will lose more points, and you will gain more.

Teams will be constructed as normal. Currently, only 1v1s, 2v2s, 3v3s, and 4v4s are supported by the ladder. 3v4s, 2v3s, and free for alls are not currently supported. Players are free to continue to play unranked games.

Games are to be reported in the "ladder reports" text channel of this group. Each player should be pinged in the report. If they disagree with the report, they should say so. Otherwise, lack of complaint will be interpreted as everyone agreeing with the report.

A permanent record of reported games will be posted in the google drive. The spreadsheet where ELO is calculated will also be posted. If you want to double check our numbers, you can download the last week's spreadsheet and run the games through them yourself.

Currently, our moderators are Avalanche, Tango, and Rabbit. Ideally, we would like one more mod who can speak Russian. Thank you so much to Gbiebs for making the spreadsheet, and to Nat for making the website! Thank you to everyone in the community who gave advice on rules and player rankings!

More information about the league is available here!

You may in a phantom room. Refresh "Groups" to check to see how many are in group chat.