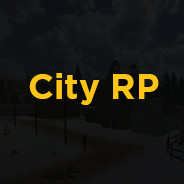 Terms
Character Suspension(Punishment): Character suspension is a punishment that won't let you get in role. You can join City RP but can never interact with any role.
Perm Ban: Perm ban is a character suspension that lasts forever. You can never interact with a role anymore.
Character Kill(CK): Character kill will remove that character from our database. Player has to create a new character if player is willing to play.
First Area: Area when player spawns after first join or a death.
Note That: If you are not in game, your punishment will stay there. You have to stay in game to get rid of punishment.

City RP - Game Rules
Rule Name
Description
Punishment
Multiaccounting
Players can only have one account. Your account is linked to your guid. Joining game with another key and sharing your items with that character is absolutely forbidden.
City RP has enough substructure to determine multiple accounts. We will perm ban both accounts.
NonRP
Characters must obey laws of pyshics and current situation of character.
Examples:
* If character is handcuffed, it can't act like it's free.
* If somebody has hurt your character, your character must act like feeling that pain.
30 minutes to 2 hours punishment
Metagame, IC/OOC Mixing
Basically, if your character don't know the person you are going to talk with; then you can't call this person by its name.

Also, calling someone you know to the game to join current role using OOC channels is forbidden. You have to reach her/him using in-game channels.

Examples:
* Calling your mate from discord when someone is going to attack you.
* Learning someone's IC status from OOC channels and acting like you know what happened to this person.
1 hour to 4 hour punishment.
Continous Roleplay
If you are in game, you have to role. There is no "pause" button in real life. All characters must keep roleplaying until it ends.

Examples:
* You can never leave game when there is a role happening.
* You can't set a city raid or rising against authority if everything is good in city.
* You can't stay afk in crowd areas, if you want to then just swap yourself to the spec.
* You can't suicide, change team in middle of role.
4 hours to 8 hours punisment.
Powergame
Powergame is declared like below:
- Doing things you can't do in real life. Not considering the laws of pyshics.
- Not giving right of defense to your oppenent by using not acceptable /me or /do emotes.
- Feeling nothing when someone hits you or not agreeing to emote with /me or /do.

* Kicking someone or doing worse while you have a gun on your head.
* Jacob_Kazantzidis breaks jail door with his fists.
* Jacob_Kazantzidis jumps to the ground from above but nothing happens.
* Acting like there's nothing while someone cutting your ears.
4 to 8 hours punishment.
Deathmatching(DM)
Killing, hurting, kicking, punching or shooting people without a reason is forbidden.

If you are not in the city raid list, you can't join it to kill people. If you were in bar during a bar fight or a situation like this, you can join it but you can't act like you have caused this bar fight.
If player is DMing contuniously, we will perm ban him/her. Player can apply an appeal to keep playing in City RP.
Revenge Kill
You can't just find person who has killed you and kill him just because to took revenge. If you want a revenge, then someone else who was there must took that revenge.

Examples:
* Character can't keep fighting if that character us died systematically.(Died and spawned in first area)
* Characters who died in gun fight can't interact with any gun fights in 8 hours.
2 to 4 hours of punishment.
Gang Brawl
People can agree on gang brawls but bringing guns is not allowed.
1 to 2 hours of punishment.
Horse Killing/Stealing
Killing someone's horse or stealing it without a reason is forbidden. Stealing faction horses are illegal, the punishment will be in-game. If many of players try to steal faction mounts, they will be punished.

Examples:
* Stealing someone's horse while owner in indoor or in somewhere player has no visions.
* Killing someone's horse just because this character made you angry.
3 to 6 or 8 to 10 hours of punishment.
IC Talking
City RP is based on English. You can only speak your language when you are alone with your friends who can speak your language.
20 minutes to 40 minutes of punishment.
Slurs
IC: Using slurs to your oppenent is not forbidden but you have know that: Your oppenent will get right to attack you.
OOC: Using slurs in OOC chat is forbidden.
Perma ban on 3rd punishment.
Fear RP
In roleplay, there are situations you have to fear IC. If you don't fear while in these situations, it will be considered as NonRP.

Examples:
* You are alone in a city corner, three of your oppenents aim a gun to you. But you act like you can nothing is going on.
* Starting a fight with 4-5 person group while you are alone.
30 minutes to 2 hours punishment.
Horse Riding
You can't ride a horse over somebody on purpose.
30 minutes to 1 hour punishment.
Things to know
Thing
Description
Jail Roles
You can punch your jailmate or do any roles in jail.
City Raids
You can make a list of your IC friends and set a city raid from our steam group.
Benefits: You can rob NPCs and bank(which will give more gold)

Harms: You and your friends will be added to "wanted" list. If any of police officers see you, they will shoot to kill.
Rise Against Authority
People can rise against current mayor and be new mayor by this way.Apply on our steam group to plan a rise.
Benefits: You can be mayor with this way.

Harms: If you can't be successful, you and your friends(caught) will be banished.(Mayor has to change to remove your banishment)
Tax Rates
Tax rates are only income for mayor. Yet, we don't know what to do with mayor's bank account but we are taking records of that tax incomes.
Every mayor can set a new tax rate. If tax rate is below 10%, players can't plan a rise.
Mayor Elections
Every mayor has 3 weeks of duty. Once it's over, there will be elections. Character who has more votes will be new mayor.
You have to pay 500 Golds to join mayor elections.
Last edited by Mayor Redmond; May 9, 2021 @ 3:09am
< >
Showing 1-3 of 3 comments

Rule Name
Description
Punishment
Gang Roles
Gang roles are: Kidnapping, asking for ransom and attacking city. You have to wait 30 minutes to interact with any of these roles again. You can only attack city when there are 3+ police officers active.
20 minutes to 40 minutes punishment.
#2

Rule Name
Description
Punishment
Breaking Somebody's Building
If you are in role and trying to break somebody's work, first you have destroy it's door. You can only destroy other props once you destroy door.
15 minutes to 30 minutes punishment.
Robbing/Killing a Builder
You can't harm builder when builder still building it's place. You need to wait builder to finish it's work and then you can rob or harm builder.
30 minutes to 50 minutes punishment.
#3
< >
Showing 1-3 of 3 comments
Per page: 1530 50
All Discussions > Discussions > Topic Details
Date Posted: Apr 20, 2021 @ 10:41pm
Posts: 3
Start a New Discussion