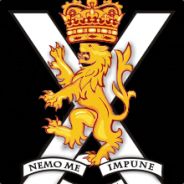 Welcome to the Celtic Alliance

Our clan, like many others, is all about loyalty, honour and teamwork.

Loyalty: helping each other out and doing what’s expected of you.
Honour: being an example to others in the clan and treating other players with respect.
Teamwork: getting the job done together as a team while using our own set of tactics.

The Celtic Alliance was formed by Catwoman on 1 September 2009. After trying our hand at running the Scottish Recon Force, a semi-realism unit, the decision was made to start something new, a gaming community called the Celtic Alliance.

Soon we discovered several members missed the old clan days, and as it was evident the gaming community we intended to launch did not get off the ground the decision was made to transform our community into a clan. Which so far proved to be a good decision.

Opposed to the Scottish Recon Force the Celtic Alliance is not a semi-realism unit. We however do strive realism in terms of proper game play and tactics. We however are never trying to be a replica of an army unit, instead we are only using some factors of an army unit that should make it fun for our members to be in this clan.

We offer ranks, medals and ribbons as they are used in the real army, but each with unique requirements that fit our own style of game play and conduct. We also offer our members the opportunity to perform jobs, just like many other clans do.

We are also trying to train our members to their fullest potential. We however seek out other ways to train than other clans do. Training within our clan is a group effort, which means every member is allowed to help with perfecting and extending our tactics and training methods. We have chosen this approach because it allows us to find our own way of achieving goals in-game, opposed to other clans who follow a certain standard training pattern.

Like many other clans out there, we also have a certain chain of command. But again we are not taking it to the extreme levels other clans tend to do. We do of course expect our members to respect and follow the chain of command, but at the same time do not expect them to salute higher ranked members or perform other similar real life army routines as is done in a lot of (semi-)realism units out there.

As such our mission is to provide people with a clan that is approachable but at the same time strives realism in some areas. Because of this we welcome anyone who is seeking a clan where he or she can offer his or her help or ideas, wants to share his or her experience or just wants to try out a clan with a different approach than most other clans.