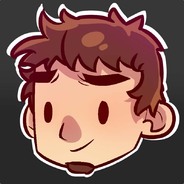 
▁ ▂ ▄ ▅ ▆ ▇ █ {Updated date: May 14, 2015} █ ▇ ▆ ▅ ▄ ▂ ▁
The purpose of this group was to take advantage of the "Steam Curator's" feature; however you're welcome to join this group to show support for my reviews.

Hey there kids, I don't normally make Announcements on my steam because I'm sure everyone already has enough friends to scroll through and thumbs up.
But since I don't regularly make posts, I hope that when I do post it's worth noticing!

So there's a humblebundle game free for 1 day and 20 hours more. Typically I don't make notifications about these because they're sometimes "meh" games and most of you should have a friend who two letting you know already (if not, hey, I can pass it along. I have those friends already telling me)

Anyway, this one is 100% worth it: Guns of Icarus Online. The problem is the community for the game slowly petered out and died. There are hopefully people still playing it (I assume anyway), but even if there aren't, I would ask you to get it.

"Why?" You may ask? Because when I drop a message saying "YO! WHO WANTS TO PLAY GUNS OF ICARUS?" people can't say "I don't have it" as an excuse. So what are you waiting for? Get it.

. But I still have like... a day... or so. haha This month it's DuckTales Remastered, a great game... except for the last boss potentially freezing up people's games and crashing it.

Have a good one, citizen.

After I finish my review I'll need to crack down and get to playing some of these requests.

UnnyWorld is a unique f2p space-fantasy game with both strategic and MOBA gameplay where you are placed in charge of your very own planet, and you may do with it as you wish!

UnnyWorld Key Features:
· Brand new MOBA experience.
· Compete in real-time PvP battles.
· Team up with your friends to fight in Arenas 3vs3.
· Joy with innovative system to cast spells.
· Fast matches. Around 4 minutes.
· Easy to learn, but hard to master.

It would be very grateful if you give feedback through reviews

Elite Dangerious: Arena is free until July 11. Based on the steam reviews it's probably not worth it anyway, but if you want to pick up a free game. there ya go.

The offer is underway now for Elite Dangerous: Arena; you can grab it through Steam or developer Frontier's store. It will remain free until July 11 at 1 AM ET, after which time it'll go back to its usual price of $7.49. Adding it to your library before then means it's yours to keep forever.

Mar 24, 2016 @ 4:03pm
Thanks for the feedback! It's definitely very different trying to do video reviews. (The type of job I'd have would have me behind a camera and computer, not infront)