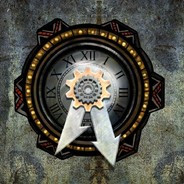 The Official Steam Group from the Antreya Team

Welcome to the group dedicated to the updates, discussions and community for the upcoming MMORPG - Antreya Chronicles Online.

Here you will be able to follow the progress of the game development, speak with members of the team, talk about your favorite or disliked sections, get to know the game and story, as well as, ask any questions you would like to know!

The magical land of Antreya used to be known as a land of peace. The civilians were a balanced mix of Reyt, Siopus and Minoseus who had worked together to improve living. All this ended the day they started to be ravaged by creatures known as Spirit Beasts. These beasts destroyed cities, villages, caravans, travelers and nearly wiped out civilization! In these tough times, the citizens had broken into factions, each with their own belief: Trelys, Resuin and Vyrocin.

Then, one day the most powerful followers of the gods, known as The Saints, worked together in this time of need and found a great magical force they could unleash by mixing the powers within their abilities. Although they did not know of the unforeseen consequences of these actions, they approached the Spirit Beasts in a great battle, assisted by The Great Nine (followers of The Saints), and this battle ended in a bright golden flash.

Once all was cleared, only one of The Saints remained: a Reyt from the Vyrocin faction. The air stood still as all on the field stared in wonder of the new lifted land mass that floated above the grounds, suspended upon a blue mist that encircled the perimeters of the floating land. All eyes refocused on the ground as the Reyt approached the Spirit Beast who stood in the center. The Reyt placed his hands on the Spirit Beast and after a moment of touch between the two, a bluish-green light burst from within the two and they became one; changing the form of the beast through the fusion with the Reyt. He now had a set of golden-brown wings, which he used to fly to the new land above while the remaining beasts and followers from the battle had went their separate ways to their homelands.

This was the beginning of a new age in Antreya.

We have created a couple quizzes to help all of our interested players find out where they belong in the world of Antreya! With the variety of personalities, characteristics, and all the other aspects that make each person unique, there is a Race and Faction mix that will suit you best!

Which Faction Should You Join?
https://www.playbuzz.com/antreyac10/faction-placement-quiz

Which Race Should You Be?
https://www.playbuzz.com/antreyac10/which-antreyan-race-should-you-be

We plan to also include a quiz to help players find out which God / Element would suit them best as well, but for now the community can start building itself by finding their place in Antreya.

If you are unaware of the difference between a Race and a Faction choice, here's a quick explanation.

- Your Race choice will show the characteristics of your personality and preference in climate. Some prefer to be in the open mountain air and feeling the cool breeze while others would rather live underground with a close community and mild climate.

- Your Faction choice will show the mentality and morality of a person. While some people would prioritize battle and defence over collaboration and construction, others would have their priorities in the vice versa.