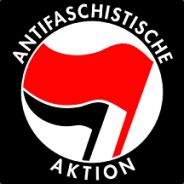 We must united and destroy the worst humanity plague "The Fascism"

Anti-fascism is the opposition to fascist ideologies, groups and individuals. The related term antifa, derived from the German word Antifaschismus, usually refers to militant left-wing individuals and groups who actively oppose fascism and fascists.

Some of Anti-Fascist Organizations:

LeftismIsASatanicRot Jul 5 @ 12:42am
Fascism is the stage reached after communism has proved an illusion. - Friedrich Hayek

>Despite only making up 13 percent of the population, black men commit nearly 52% of all the murders in the United States, which is astounding when you take into consideration the fact that they make up 12-13% of the population.

>It gets even more astounding when you start considering the fact the bulk of black men commiting these murders are probably ages 18-40 which is probably around an estimated 6-7% of the population that means that around 7% of Americans are commiting around 50% of the murders.