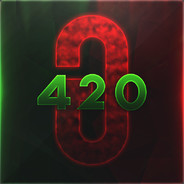 420Gaming was formed in late 2014, soon after the initial launch of Daybreak’s H1Z1. We felt early on that there was a need for a community that catered for the more mature gamer (we aren’t big on drama), saying that we have always been open to younger members as long as they act accordingly.

420G’s core focus and player base has always centred around Open World Survival Games. While you will find our team playing other genres from time to time, we always keep a keen eye on current and up and coming games with a survival element.

Our squad currently consists of 30+ members from too many countries to count, with English being the common language spoken. While for most of our lifespan we have kept membership limited, over the past year we have branched out into hosting servers on our favourite titles, such as; Rust, Scum and our latest venture DeadSide. We have found these servers to be hugely successful and people do not require 420G membership to play on them.

To finish, 420G is a community of friends that has grown into us regularly taking trips around the world to meet and have fun, its bigger than online. We are excited with the addition and popularity of our hosted servers and are looking forward to meeting new people and potential members along the way. Jump on one of our servers today for a chat, for a bunch of older dudes I can assure you our aim is on point!

With a squad of 30 members from over 10+ countries 420Gaming has steadly grown and maintained a core membership since day 1. While membership to 420G has always been difficult, we have recently decided to take a more relaxed approach to recruitment (due the lack of infiltrators outside JS). The vision for 420Gaming is to steadly grow a mature community that will have a permanent presence on several titles. With the recent addition of our KOTK Scrim's Team we hope to galvanize our presence in the game and replicate the strategy on to other titles.

420Gaming Discord Server
Be sure to join and keep upto date
https://discord.gg/D5gCRvd

Join our discord server & keep upto date with all our servers