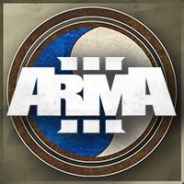 Welcome to the 29th Infantry Division in Arma 3

The 29th Infantry Division is a realism unit with a long legacy (founded 2006), having served tours in The Battle Grounds, Day of Defeat, Darkest Hour: Normandy 1944, Arma 2 I44 and Red Orchestra 2/Rising Storm.

We are currently active in Rising Storm 2, Squad and Arma III with over 300 members serving in the unit. The 29th is a traditional realism unit; we strive to conduct our organization and experience as close to real combat as possible.

We have members from across the world and a long and storied history. Charlie Company, our Arma III Company, remains focused on Player vs. Player (TvT) combat, and we are also currently active in several community operations with other units.

We are seeking recruits who are dedicated and mature. Skill and knowledge base are not an issue; everyone of any skill level is welcome. While occasional absences are understandable, the 29th requires its member to attend a minimum 2 drills a week at an hour each. There are plenty of drill times to meet most anyone's schedule. Our members are very dedicated, skilled and well trained. We seek those that either want to become like them, or want to fight with individuals like them. If you are looking for a realism unit that is stable and active, Join Today! [29th.org/enlist]

CP1 is hosting a pre-drill public session of Dynamic Take and Secure - a PVP Attack/Defend game mode with quick, action packed rounds. Come have a blast getting blasted by the community!

Read More
Army Commendation Medal - T/4 Erb
April 28, 2019 - Cpt. Hill [29th ID] | 1 Comments
Charlie Company HQ along with Battalion HQ are proud to award T4 Jon C. Erb the Army Commendation Medal for exemplary courage and skill under fire. Congratulations T4!
"We were pinned down for 45 minutes in the swamps. It was miserable. The 2MRB[2dmrb.enjin.com] and the 29th ID were the only groups on our side doing any work. The other units had lost all of our air and armor support, so it was down to a platoon of riflemen to take the last hill . . ."
- SSgt. Halls [29th ID]

"I’d have to say if anything that was probably one of the best plays of the campaign.”
- Capt. Dreek [2MRB]

You guys are awesome!