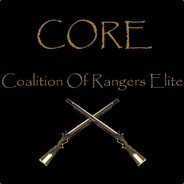 
The Coalition of Rangers Elite, AKA CORE, are a group of soldiers hailing from many different countries. They have come together to form a company of mercenaries that values loyalty over gold. Not Selling their rifles to the highest bidder they fight for those who have earned their respect and loyalty. Not fighting for their own benefit but for those who can't fight for themselves and in the Queen they have found this.

The company follows a loosely based ranking system led by the Company's Commander, Robbin. He was a former skirmisher officer in the French Army and the group's Major, Danger. Was a former artillery officer in the French Army. These two decided to form this group after witnessing the brutality of war that comes from fighting for a tyrant. The group that they created is a band of brothers where anyone may speak their mind NOT a strict regimen.

Having a deep history as the CORE formed let's start from the beginning when they belonged to the 53e. Being known for their fierce charges as Line and the accurate snipes they obtained as Skirmishers the reputation of the 53e was climbing fast. As all good things come to an end and the leadership decided to move on to form the BVE with remnants of the KH. After coming together BVE skirmishers formed a stronger group of sharpshooters. Trading leadership allowed everyone to gain experience in this group as well as improve the bonds they already had. Once again though it was time for them to move on and the now Leaders of the CORE decided to form their own group.

They call themselves rangers because of their exceptional skill at arms at combat which include, Artillery, Skirmishing, Cavalry, Light Infantry, or Line Infantry. The Company follows one rule on the battlefield, "Rangers Lead the Way". When not on a combat mission the group commonly gathers at the Broken Rifle Inn to tell stories of their exploits and to gather for a last meal before heading off to battle.